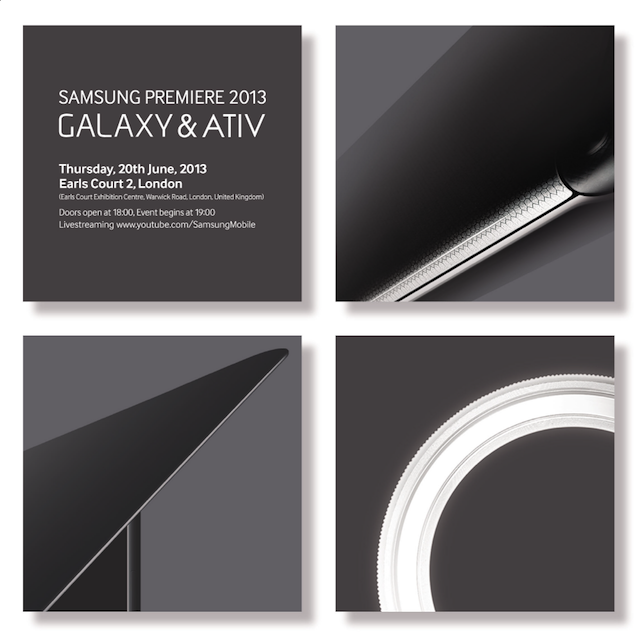 Samsung today announced with a little teaser a couple of new Galaxy and ATIV devices will be unveiled at the upcoming “Premiere 2013” event in London on June 20. The event will take place at Earls Court 2, London and will also be livestreamed on its YouTube channel from 6pm BST/1pm ET/10am PT.

Samsung’s teaser involved four images. The first announces the event and includes the words “GALAXY & ATIV,” suggesting the event will primarily be about Android and Windows-based devices. The other three images show closeups of three different devices. But exactly what devices they could be is anyone’s guess at this point.

There have been rumors of a smaller Galaxy S4 going around lately, so it’s possible that this could be the Galaxy device Samsung is referring to in the images. As for the ATIV hint, the ATIV range is Samsung’s attempt into the Windows Phone mobile operating system. The company doesn’t yet have a strong footing in this arena, with the ATIV S having been released last year to average reviews.

Things will be much more clear on June 20, so stay tuned.