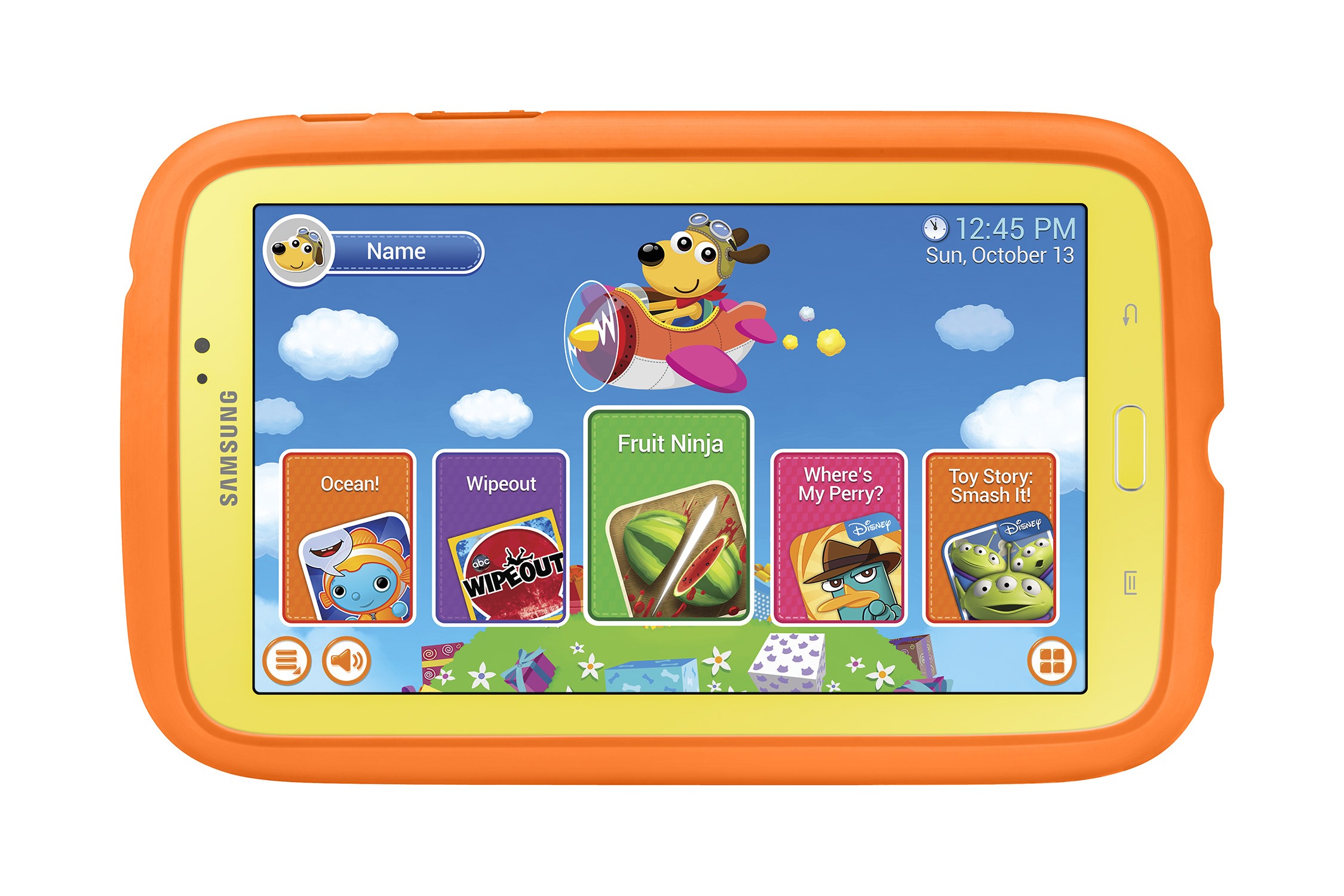 If you find the average tablet just too confusing to use, perhaps this new device from Samsung is for you. The company has announced that it will be releasing the Galaxy Tab 3 Kids on November 10th, a version of its Galaxy Tab 3 targeted specifically at children.

The device comes with two modes, a kids mode and a standard mode. The kids mode employs a number of restrictions and parental controls as well as a new simplified and cartoony interface. The standard mode offers a traditional Android experience, just like you would have gotten with a normal 7-inch Galaxy Tab 3. Unfortunately, while kid mode changes a number of the tablet’s software settings, it won’t change its somewhat ridiculous physical appearance.

The device comes in a bright orange and yellow ruggedized casing that is built to withstand many bashings from its child owner. Beneath this case lies a 1024×600 screen, a 1.2Ghz dual-core processor, 1GB of RAM, 8GB of storage plus a MicroSD card slot, a 3MP rear camera, and Android 4.1.

Here are some of the device’s main features:

The device will hit stores on November 10th for $229.99, which is $30 cheaper than the traditional version of the Galaxy Tab 3. There will also be a $249.99 model that comes with a hard travel case, for parents of the crazy ones.