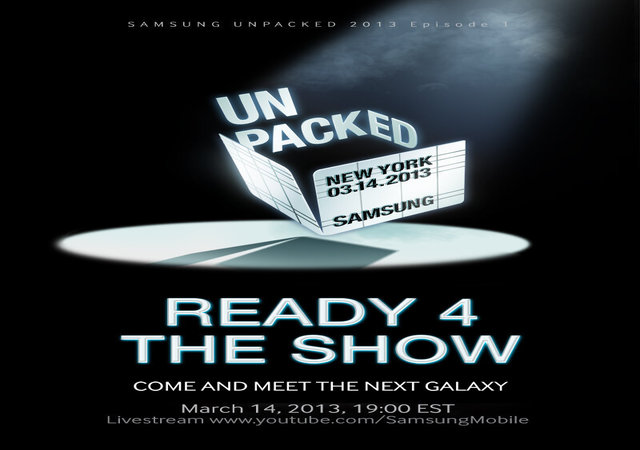 For anyone that held out on getting the iPhone 5 in favor of Samsung’s next Galaxy phone, you now have a date where you will be able to first see your new Android device. Samsung has announced its Samsung Unpacked event for March 14 in New York City, where the company will finally unveil the Galaxy S4.

While Samsung hasn’t specifically said that they will be showing off the S4 at the event, the hints that the South Korean company dropped in the poster for the event are less than subtle. Things such as “Ready 4 The Show” and “Come Meet The Next Galaxy” make it pretty obvious what we’ll be seeing on March 14th.

Those interested in seeing the announcement as it happens can watch it live streamed starting at 7:00 PM on March 14.