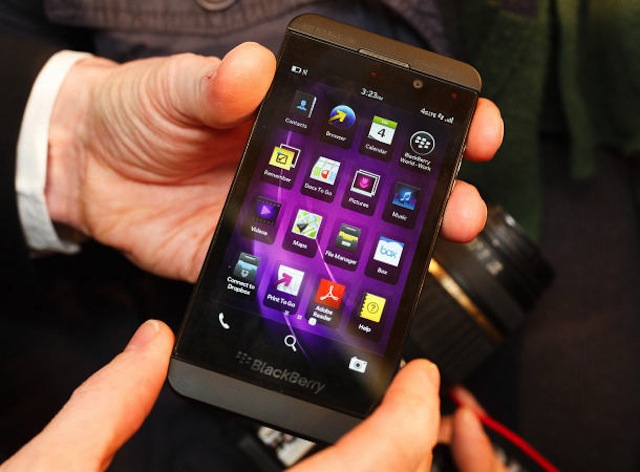 Both Samsung and Blackberry have received approval from the Pentagon to have their devices used by the Department of Defense. This is a pretty big deal for Samsung as the Galaxy S4 is the first Android-powered smartphone to ever receive Department of Defense approval. What’s even more impressive is that it did so before Apple’s iPhone.

Late on Thursday, BlackBerry announced that the Department of Defense approved smartphones and tablets that run Blackberry 10, the new operating system. BlackBerry must be happy about that as although it has lost its footing among many consumers, it hopes to maintain its position in corporate and military areas.

Samsung devices with Knox, the company’s new security software offering, also received approval from the Pentagon on Thursday, according to a spokesman for the Department of Defense. Apple can expect to receive approval as well in the “next few weeks.”

“This approval will enable DoD customers to connect their BlackBerry Z10 or BlackBerry Q10 smartphones to DoD networks and securely access assets from work, while enjoying the wealth of consumer-oriented functionality that BlackBerry Z10 brings to the market,” BlackBerry senior vice president for security, Scott Totzke, said in a statement.

Similarly, Samsung Chief Executive, JK Shin, said “This is a significant milestone for Samsung as we work to grow our relationships within government and large corporate enterprises.”

It’s unclear why Apple’s iPhone has taken longer to receive Pentagon approval, but it is still going through Department of Defense testing and the result of these tests should be revealed in the new few weeks.