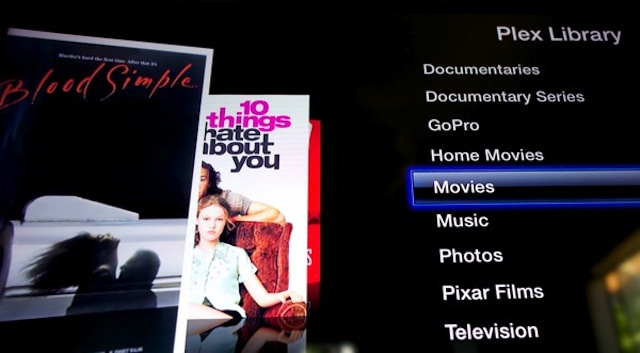 The Apple TV is great for a lot of things, but not so much if you want to run third-party services. Until now, that is. Without even having to jailbreak the device, you can now enjoy Plex media center software right on the Apple TV with a nifty hack called PlexConnect, which means you won’t be voiding your Apple TV warranty if you do it.

PlexConnect uses Apple’s own movie trailers app to bring Plex to the Apple TV. All you have to do is play around with the Apple TV’s network settings to route traffic through a computer that is running a python script that switches Apple’s moive trailer data with data from a Plex media server. And voilà! You’ll end up with a working version of Plex that brings a whole new slew of local content through your Apple TV.

Make sure to watch the video above for a demo of how exactly PlexConnect can be installed.

Apple has been pretty closed-minded when it comes to opening up the Apple TV to third-party developers, but with hacks like this it almost doesn’t even matter. Almost. Also, keep in mind that Apple could probably shut this down pretty easily with an Apple TV firmware update.