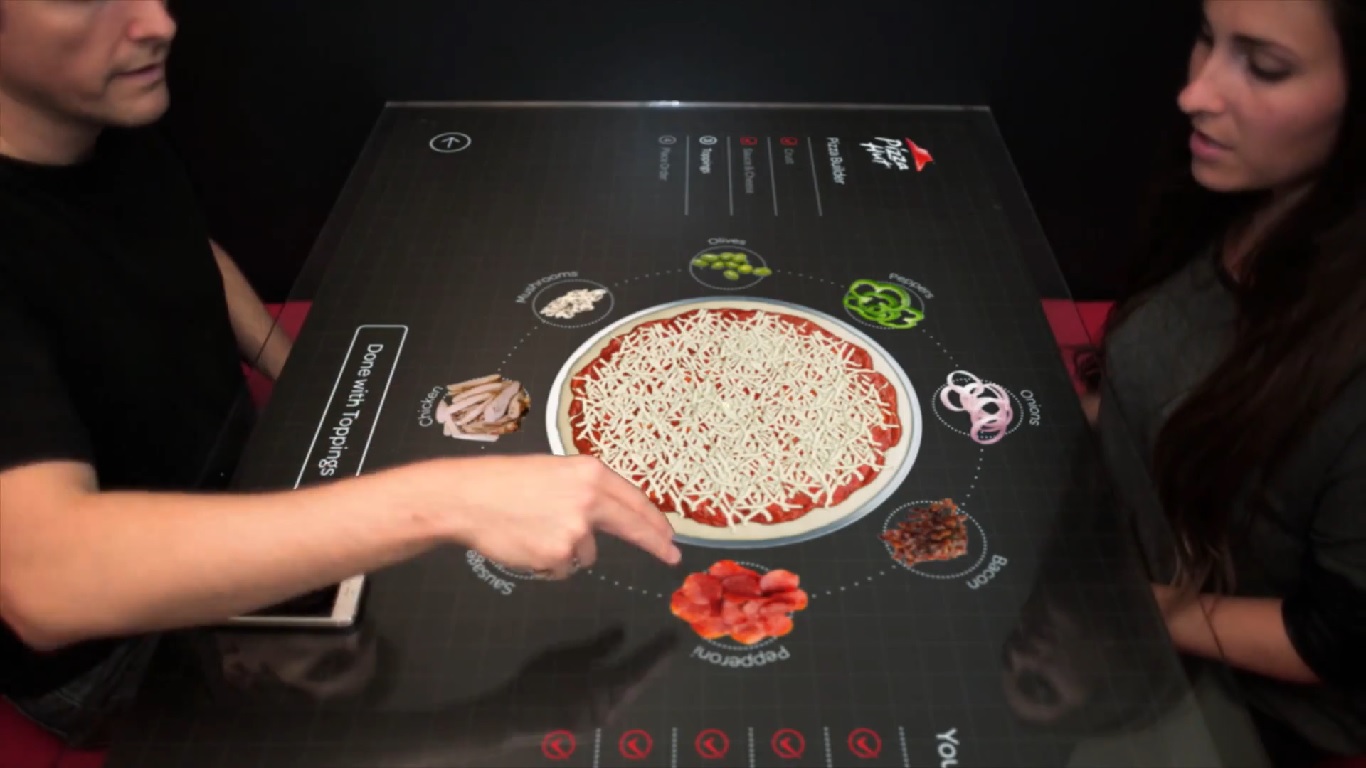 As time passes, touchscreens are finding their way into more and more places. Now a standard feature in our cars, perhaps it won’t be long until our restaurant experience revolves around touchscreens as well.

Pizza Hut, with the help of Chaotic Moon Studios, has released a concept video that shows off what it might be like to dine inside of its establishments in the future. Gone are old style menus, which have been replaced with tables that double as giant interactive touchscreen menus.

You and your friends can customize your pizza by physically dragging its size on your display, or you can simply drag on any desired toppings.

The table also interacts with the user’s iPhone. In the video, we can see the table automatically greets “Jeff” upon him setting his phone down. The phone could be used to remember users’ favorite orders, and it appears that any debit or credit payments would also be processed through the phone.

After placing your order, you’ll be greeted with a list of touch-based multiplayer games that you can play until your food arrives. There will also be a timer ticking down on your table showing the estimated time that your ‘za should be done.

Hopefully this concept doesn’t take too long to be implemented by actual restaurants. I could definitely go for some future pizza right about now.