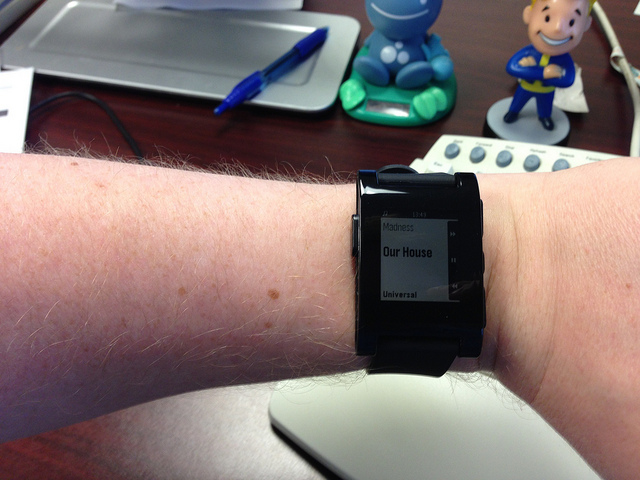 Pebble said the following on the release of the Pebble SDK:

Your patience has been rewarded…you have a brand new Pebble Smartwatch in your hands. And, of course, now you want to make it do your bidding.
This developer documentation will show you how to create your own functionality for a Pebble Smartwatch.

Pebble has long promised support for third-party apps and watch faces and seems to have finally delivered. However, it’s worth noting that custom watch faces cannot yet be transfered via the Pebble iOS app, though an update is pending Apple review. We will likely see the standard app SDK launch later this year.

The Pebble smart watch is a former Kickstarter project that finally started shipping to backers earlier this year. The Pebble watch connects to your phone via Bluetooth and shows notifications and other information about your device. You can pre-order a Pebble smart watch for $150 via Pebble’s website.