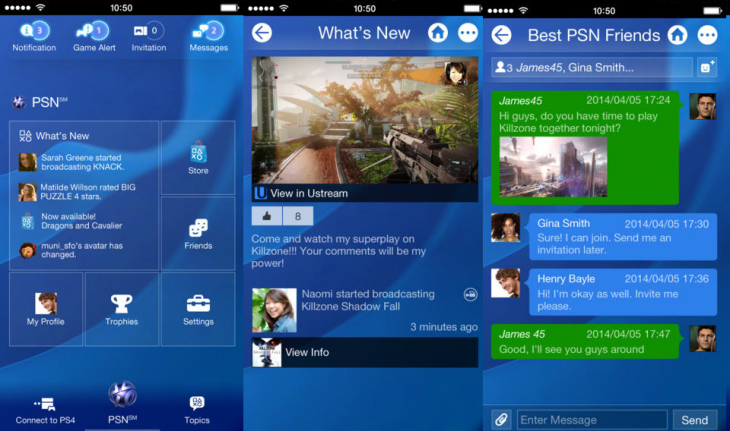 While the PS4 may not come out until this Friday, you don’t need to own the console to download Sony’s new
“Playstation App” for iOS and Android. The app is designed to offer compatibility between your PS4 and your phone, but there are some other things you can use it for too.

The download acts as an official new PSN app for users, bringing over friends list and messaging functionality. In the app users can view/compare their trophies, send text as well as picture and voice messages, and they can also visit the Playstation Store to download games to their PS4 when they’re away from home.

The app seems to run pretty smoothly and I tested out sending a message to another user with no issues. The messaging interface has been created to look like an SMS log, in an attempt to try and have people use PSN as their main messaging platform. When I received the message I sent myself from my phone to my PS3, included at the end of the message was a line of text saying that I had sent it from a non-PS3 device.

If you do happen to get a PS4, ths app should end up being quite a bit useful. If you can’t afford a PS4, it’s still probably worth downloading the free app just so you can send and receive PSN messages from your phone.