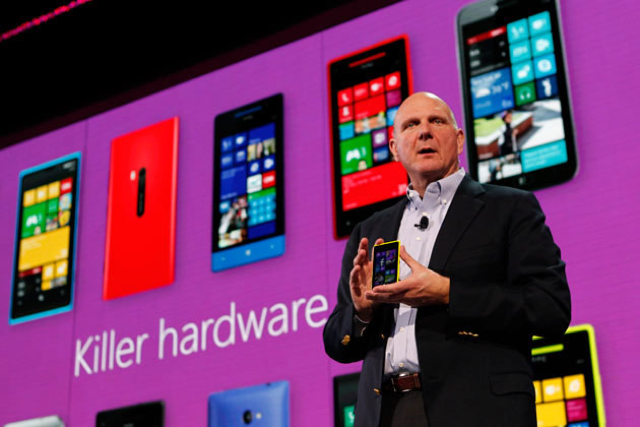 While Nokia is trying to gain Windows Phone some traction by releasing top tier hardware for the platform, the company can’t win over customers on its own. To do that, it needs Microsoft’s help making sure that its OS is receiving the same top apps as iOS and Android, and up until now, Nokia vice president Byran Biniak doesn’t think Microsoft has been doing this.

“We are releasing new devices frequently and for every new device, if there is an app that somebody cares about that’s not there that’s a missed opportunity of a sale,” Biniak explains. “People rely on applications for their day-to-day life and if you don’t have something which I use in my day-to-day life I’m not going to switch… It’s not just about the hardware, it’s about the tools that are on the hardware. You can’t sell a phone without the apps, you just can’t.”

Biniak is referring to apps that are notoriously absent from the Windows Phone Marketplace, such as Instagram and Snapchat. While these apps have been topping download charts on other platforms for several months, they’ve never been released for Windows Phone.

The problem exists because not all developers have enough resources to put their app on every platform. Instead, they choose to make it for the most popular devices where apps will sell the most, a.k.a iOS and Android. Because of this, Microsoft has to directly go out and convince certain developers to bring their apps over to Windows Phone.

While Microsoft is working on getting these apps over to its platform, Nokia is growing impatient. “Waiting until the end of your fiscal year when you need to close your targets, doesn’t do us any good when I have phones to sell today.”