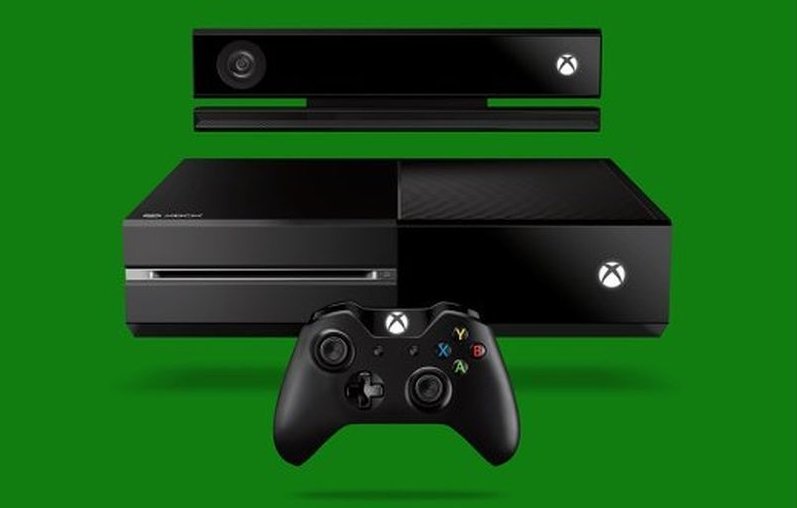 After weeks of buildup, Microsoft finally had its Xbox reveal event today where it unveiled its new console, the Xbox One.

Unlike Sony’s announcement with the PS4, Microsoft chose to actually show off the physical hardware of the Xbox One at the event. The console has a very flat and sleek look, likely influenced by Microsoft’s standard Windows 8 tile design. It has a “few” USB 3.0 ports, a 500GB hard drive, and a Blu-ray player, along with 8GB of RAM to rival that of the Playstation 4 as well as an 8 core CPU. The system is also built using the X86 architecture,  which confirms that it will not be backwards compatible with Xbox 360 games. The console will also include a slightly updated version of the Xbox controller, with 40 new enhancements to make it more ergonomic and responsive. The console will also come with another piece of hardware in the box, the new Xbox Kinect, which is now included with all systems. The new Kinect is said to be much more capable and is able to better sense movement. It can now track things such as movements of your wrists and it can even measure things like your heart rate and can tell when you shift your weight to one side. The new Kinect can also capture 1080p video at 30 fps, far superior to the VGA video quality that was capable from the 360’s Kinect. The Kinect will also play a big role in voice commands and gestures when navigating around the new Xbox.

Xbox One’s main dashboard looks fairly identical to the current tiled design that the 360’s menu has; however, now that each console comes packed in with a Kinect, Microsoft is pushing voice commands. Users can now turn on the Xbox from what appears to be a sleep mode simply by saying, “Xbox on.” Not only that, but Kinect is now able to identify people just from their voices, so the console will automatically load up the right profile depending on who is speaking to it. Users can also near instantaneously switch between apps just through voice commands. Commands like “go to movie”, “go to game”, “go to Skype” will have your Xbox jumping back and forth between different apps just as fast as switching the channel on your TV. Intelligent TV is another big push by Microsoft. It allows for users to watch their TV subscription directly through their Xbox and lets them do things such as mark favorite shows and channels and see what the most popular shows are with the rest of Xbox users. It also incorporates the Kinect voice features so that you can quickly hop between channels just by saying things like “play MTV.” Through exclusive partnerships with companies like the NFL, Xbox will also provide interactive elements to certain shows, such as letting you scroll through auto-updating stats and your fantasy team while watching football.

As for games, Microsoft’s own in-house developer Microsoft Studios has announced that it will be bringing a massive 15 new exclusive titles to the Xbox One within the first year of its release, with eight of these titles being new franchises. These games include Forza Motorsport 5 and the new game Quantum Break from Max Payne/Alan Wake developer Remedy. Microsoft also announced more exclusive DLC for the upcoming Call of Duty: Ghosts. The console will come with its own feature to try to deter used games by forcing users to download entire discs to the hard drive in order to play them. Users will be able to associate each game they buy to one Xbox profile, and if they want to play it on others, they will be forced to pay a fee. You, however, will no longer require your disc to be in the console in order to play a game.

Other announcements included a new live action Halo TV series with Steven Spielberg working as an executive producer, and that the Xbox One will include game play recording features like those prominently shown for the PS4, although not as robust.

Expect to hear a lot more about the console and the games being developed for it at E3 starting June 11. The Xbox One is set to hit store shelves sometime before the end of this year.