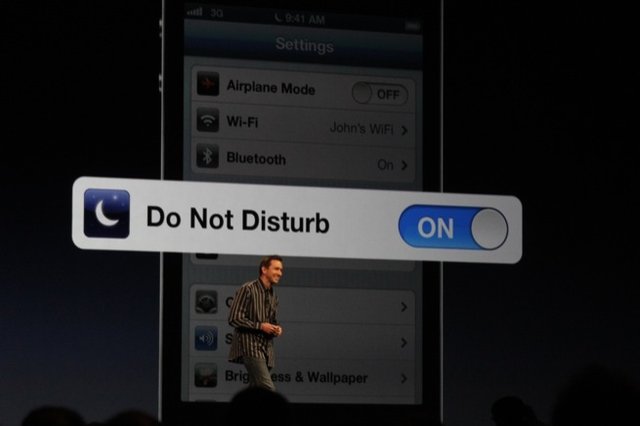 Every year when the new year arrives, it’s a safe bet that some piece of popular tech is going to experience some issues. This year, the iOS 6 Do Not Disturb feature of Apple’s iPhones and iPads is what has been experiencing issues with the transition into 2013.

Do Not Disturb is a feature added in iOS 6 that, when turned on, silences all incoming calls, texts and sounds. As you can guess, it is used when people are looking to “not be disturbed”.

Users have been complaining that this feature has no longer been turning off when it’s supposed to disappear. Do Not Disturb lets you set up time frames for the feature to activate during; however, the feature is no longer turning itself back off when the set time frame elapses. Many users set Do Not Disturb to turn on as they sleep, yet have it set to turn off when it’s time to wake up. People affected by this issue may now fail to notice that the feature is remaining activated throughout the entire day, which may lead to missed calls and texts.

For most, however, the reported problem isn’t that big of an issue. The alarm function remains active even when Do Not Disturb is turned on, so no one will be waking up late because of it. Users also see a half moon icon appear at the top of their device when the feature is turned on and notifications continue to appear on the lock screen.

The issue is a minor one when compared to problems Apple has experienced in recent years, with people in the past not having their alarms go off because of the year change. As long as nothing reaches Y2K proportions, I can deal with some minor clock issues each year. Yes, perhaps this is something that Apple shouldn’t let happen, but really, I’m usually too hungover on New Year’s Day to ever care.