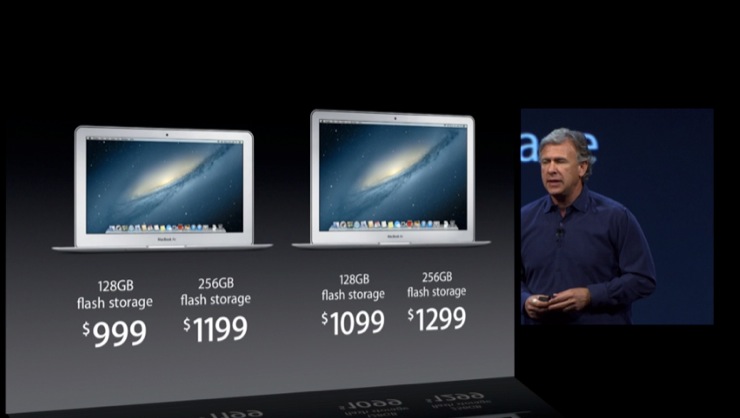 As expected, Apple unveiled its new Macbook Air at today’s WWDC press conference. The new Air brings with it some substantial battery and graphic improvements, as it comes packed with Intel’s new 4th gen Haswell processor.

Most of the enhancements to the Air seem to come from its new Haswell processor, which Intel officially unveiled for the first time last week. The new processor has allowed for some incredible battery improvements, with the 11 inch Air jumping from its previous five hours to nine hours of battery, and the 13 inch going from seven hours to 12 hours. The new graphics performance will also help battery life during video playback, with the device supporting up to 10 hours of movie playback.

Apple also revealed that flash storage will perform up to 45% faster than on the previous model. It will also include 802.11ac wifi that will provide up to 3x faster wi-fi performance.