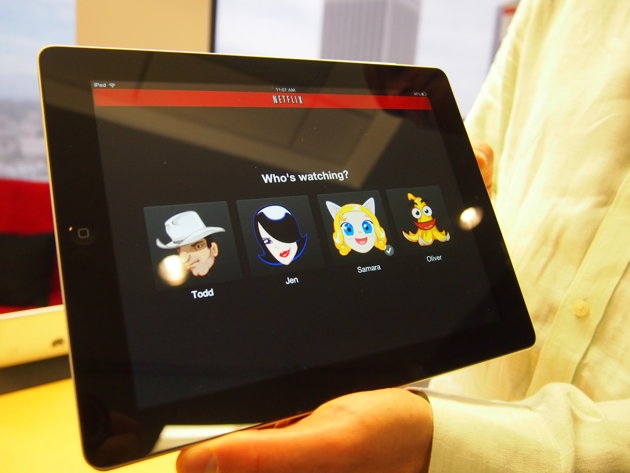 If there’s one top feature I’ve been wanting Netflix to implement since I first signed up for the service, it’s been multiple user profiles. Since the day I first tried linking my Facebook account to my Netflix, only to then have my girlfriend watch a classic romantic Italian film that was then broadcasted to all my Facebook friends, to seeing movie suggestions because I watched “Sex in the City”, it’s certainly a feature I’ve been waiting for the last little bit. Apparently profiles were once available in Netflix, a long long time ago.

Well, Netflix has now confirmed that multiple profiles are in the works and that they will be rolled out by the end of August. Netflix VP of Product Innovation Todd Yellin is currently at E3 showing off a a preview of the new feature, that will allow for up to 5 or 6 (still undecided) different profiles to be created onto one Netflix account.

Users will boot up Netflix and be greeted with a different avatar for each profile they have associated with their account. They’ll then pick their own profile and be brought to their very own personalized version of Netflix, free of recommendations based on stuff their grandmother watched.

The new feature is designed to give different family members that share one Netflix account the ability to have their own personal recommendations, as well as to let them use Netflix’s social Facebook features without having stuff their family members watch pop-up in their news feed.

If all goes smoothly, we should have our own custom Netflix profiles by the end of summer.