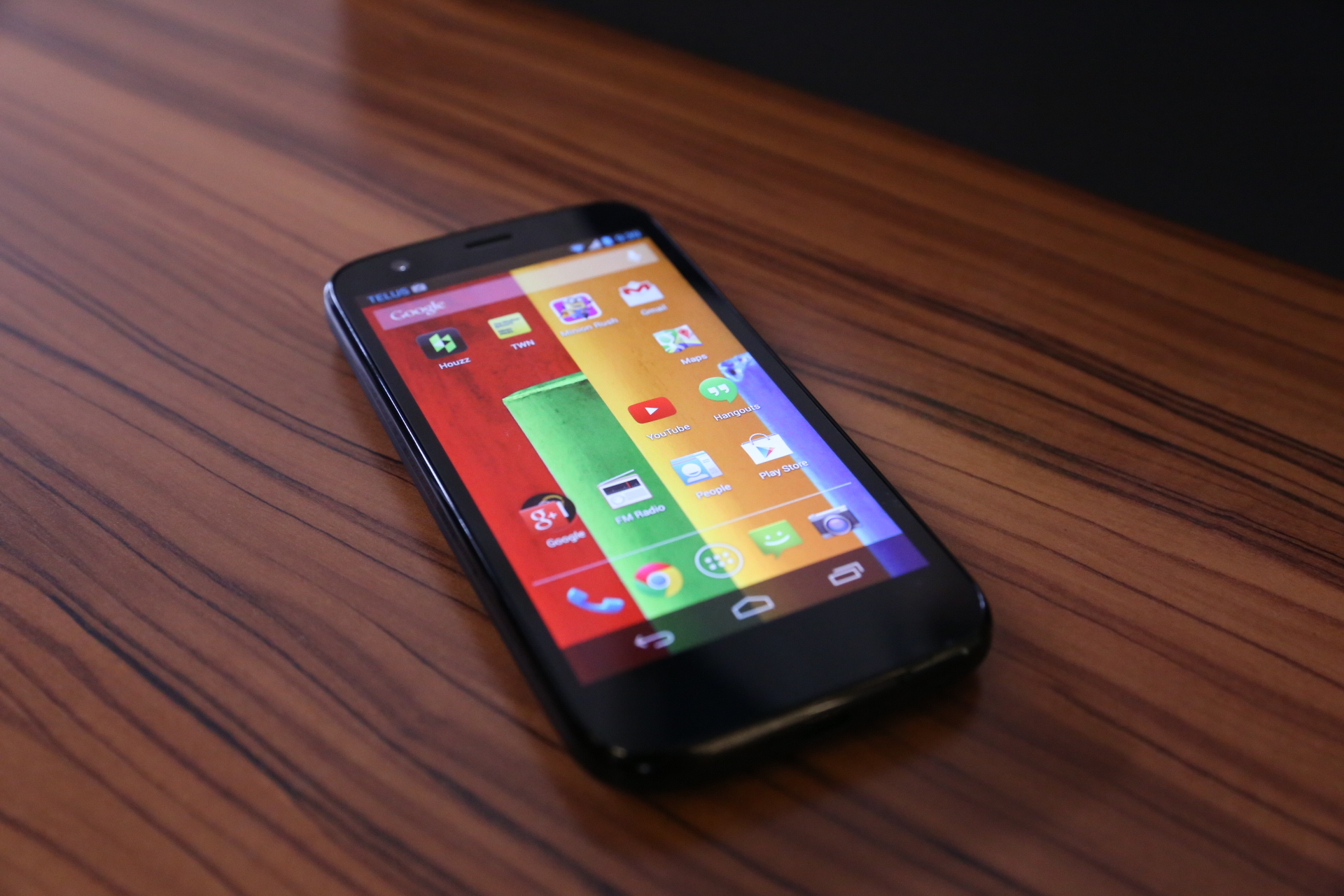 If you’re looking to buy a smartphone with the absolute most bang for your buck, the newly announced Moto G might be it. The Moto G takes a lot of influence from its brother the Moto X, however, also incorporates some cost-saving changes.

The Moto G will be launching for $179 unlocked and off-contract. The Moto G is sort of customizeable, but it won’t support Moto Maker. Instead, users will be able to buy new back plates for the device, with there being 19 different options total including some rugged options.

The device will ship with Android 4.3 Jelly Bean, but Motorola says 4.4 KitKat should be released for it in the coming weeks.

While it may not have LTE support or a couple other high-end Moto X features, the phone is reported to look and feel almost identical to Motorola’s flagship phone. With the 8GB model just $179 or $199 for the 16GB model, sacrifices like this will be easy to make for some.

The release window for the Moto G doesn’t seem to be very clear, with some European countries getting the phone today, while other countries won’t get it until early 2014. Motorola is expected to start selling the phone directly to U.S. customers starting in January.