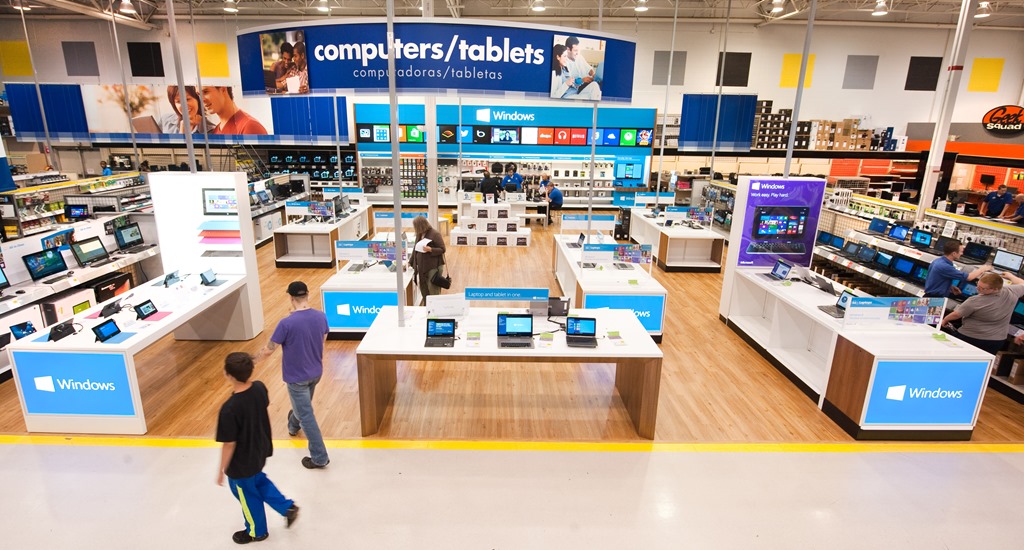 If you’ve ever seen one of Apple’s mini-stores located inside of a Best Buy, you roughly know what to expect from Microsoft’s newly announced “Windows Stores”. In a new partnership, Microsoft has said that it will open 600 Windows Store locations within Best Buys over the course of this summer, bringing customers a ” premier destination for consumers to see, try, compare and purchase a range of products and accessories, including Windows tablets and PCs, Windows Phones, Microsoft Office, Xbox and more.”

Stores will range in size from 1,500 to 2,200 square feet and will feature their own Microsoft specialists working the floors. In Apple Store fashion, there will be numerous tablets, phones, and laptops that customers will be able to pick up and try before they decide whether or not to make a purchase. The stores will be pretty much the same as its current “Microsoft Stores”, just with a different name to signify that they’re inside of a Best Buy.

Best Buy also announced earlier this year that Samsung would be getting its own locations inside of Best Buy stores.

Expect to see these stores invading your Best Buys starting in late June through September.