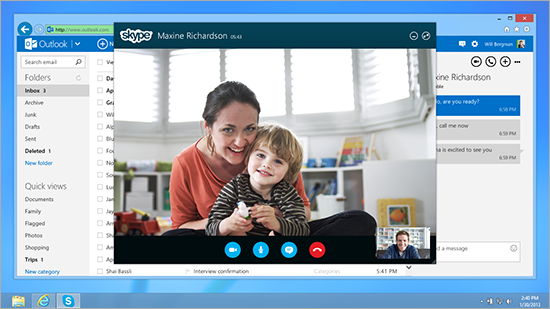 All you Outlook users will no longer have to switch applications when you want to make a Skype call. Microsoft has updated its email service to include Skype integration.

The new feature, which is now live in the U.S., Canada, France, Germany, Brazil, and the UK, makes it easier to jump directly into a Skype call from an email conversation. While Outlook could previously only import your Skype contacts, it can now also make full fledged video calls to these people.

In the company’s announcement, Microsoft cites a poll which says that 76% of people typically have their email conversations lead to follow-up phone or video calls.

If you’re in one of those countries and use Outlook, you can take advantage of Skype for Outlook now. As for folks in other parts of the world, Microsoft says it’s working to bring the feature worldwide sometime in the “near future”.