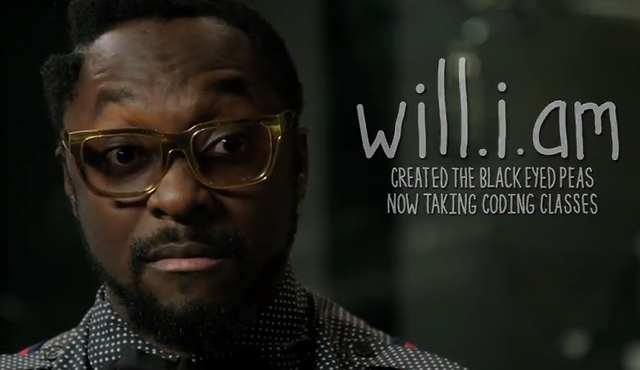 If learning some basic coding is on your to do list like it is on mine, maybe a handful of celebrities and well-known coders will finally be able to motivate you to take action. The newfound non-profit group code.org has produced a six minute video, directed at children living in America, intended to try to get them interested in coding. The video features a number of well-known coders, such as Bill Gates, Mark Zuckerberg, Gabe Newell, Dropbox founder Drew Houston, as well as some celebrities, such as Chris Bosh and Will.i.am, who apparently both know some coding.

The video accomplishes what it sets out to do pretty well, getting youth excited about coding. Valve CEO refers to tomorrow’s programmers as the “wizards of the future,” saying that they’re “going to look like they have magic powers compared to everyone else.” You don’t have to be in middle school to have that motivate you to start coding. It makes me want to start coding right now. Of course I want to be a wizard of the future.

The video tries to capture the feeling of fun and creativity that comes out of people when they learn to code. It discusses when people such as Bill Gates and Mark Zuckerberg first learned to code and the basic things they did when they were just starting off. The video also tries to relieve some of the intimidation factor that comes along with beginning to learn your ‘leet’ coding skills. “You don’t have to be a genius to code. Do you have to be a genius to read?”

Another approach the video takes is discussing the massive number of job opportunities learning to code will open up. The video estimates that by 2020, there will be 1 million more coding jobs than there are coding students. It also promotes how there are no limits as to what job sector you can work in, as computers are a part of every industry.

While I don’t think Code.org’s suggestion of “ask about a coding class at your school” is a very good solution to the problem, I certainly think that this video does a great job of inspiring kids, and everyone for that matter, to get into coding. In fact, I think I’m going to go start my wizard training right now.