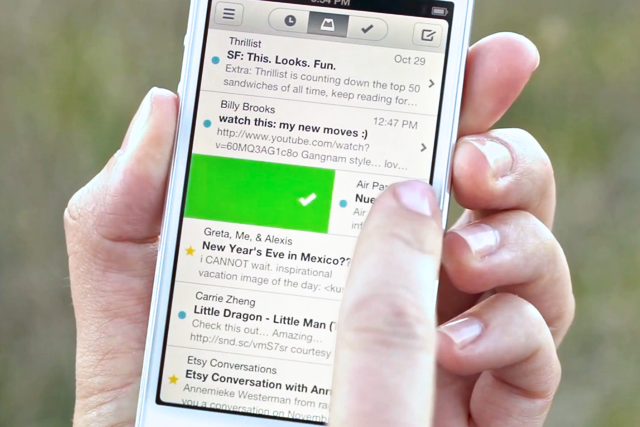 The Dropbox-owned Mailbox has just been updated to version 1.20. This update brings smarter snoozing to the app and allows you to snooze your emails by both time of day and time of week. Previously, the app only allowed you to snooze emails by general times like “Next Week” or “The Weekend.”

Mailbox has also been updated with faster swipes, allowing you to swipe as many items as you please at once. Other improvements include UI improvements and bug fixes. Among these UI improvements is a feature that allows the user to double-tap a name bubble to view the sender’s email address. This is helpful if you have a contact that emails you from both a work and personal email.

Mailbox is a relatively new email client that was recently purchased by Dropbox, the cloud storage company. The app has an intuitive design and user experience that makes it easy to fly through emails. As of now, the app is only compatible with Gmail, though the developers have promised that other mail services are coming soon. Mailbox is free via the App Store, but you’ll have to reserve a spot in line in order to use it.