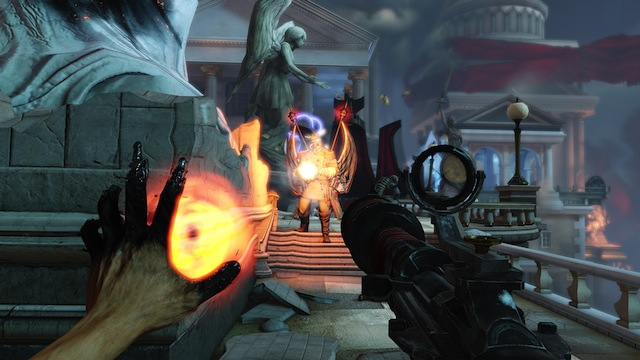 Roughly 364 days of the year, it’s not that fun to be a gamer who owns a Mac. Every so often, however, some big titles find their way over to the Apple platform. Two of these titles are launching for Mac users today, with the release of Bioshock Infinite and SimCity.

Some early reports say that Bioshock Infinite, ported to the Mac by Aspyr, seems to be running on machines just fine and that it’s a solid port of a great game. I’d suggest that users pick up the Steam version, which comes with both the Mac and PC versions, for $39.99.

While SimCity launched on PC to a number of problems and some disgruntled fans, it is still a unique game enjoyed by many. You’ll want to pick that one up on EA’s own Origin service, and it will set you back a full $59.99.

Whether you want a FPS that takes place in a sky world, or an in-depth city creating sim, Mac gamers can rest easy for a few weeks until they get bored again.