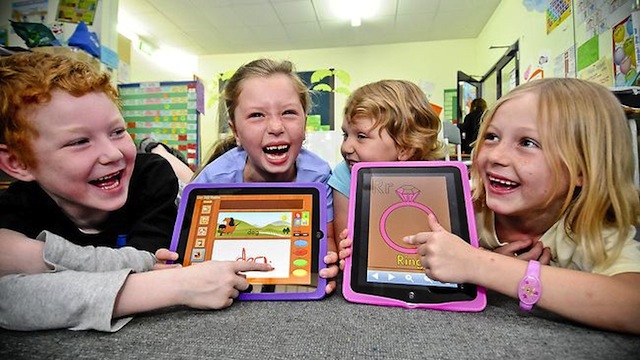 Last month it was reported that the second largest school district in Los Angeles, The Los Angeles Unified School District, would be buying around 35,000 iPads for students, which would total an estimated $30 million. Well, it looks like that will just be the beginning. According to CITEworld, Mark Hovatter, the chief facilities executive for the LAUSD, the plan is to provide all 640,000 students in the district with iPads. This roll out is expected to be complete by the end of 2014.

“The most important thing is to try to prepare the kids for the technology they are going to face when they are going to graduate,” Hovatter explained. “This is phase one, a mix of high school, middle school, and elementary students. We’re targeting kids who most likely don’t have their own computers or laptops or iPads. Their only exposure to computers now is going to be in their schools.”

The program has already started in 49 of the district’s schools. Students will receive an iPad already loaded with educational applications and other programs that will benefit students in their studies. By the beginning of the school year in August, the first phase will be complete with 35,000 iPads now in the hands of students.

Part of this project will include digital textbooks, which will be delivered to the iPads through an arrangements with Pearson, an educational books publisher. Students will be able to read other books for class assignments on the iPad as well. An extra bonus of the digital books is that it will help the district same money over buying traditional paper textbooks.

The program is rolling out smoothly so far, but there are still a lot of iPads to buy and deploy before the full rollout is complete by next year. The school district is using $30 million of tax money for the initial phase of the program, but will be looking for other ways to fund the rest of it. Hovatter is hoping to get a lot of private donors for the cause.”