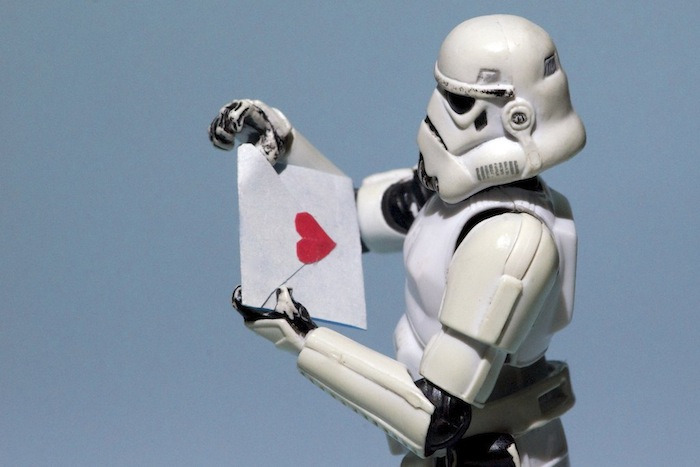 It’s not that we don’t value your opinions or thoughts, we do tremendously. But, we’ve been fighting spam and trolls off most of the time, and for a small writing team, way too much time was being spent moderating comments. So we killed them, and honestly I haven’t missed them all that much. Our DB and server load is a lot lower because spammers can’t inject garbage any more, and people yelling at me for being pro-apple when I write about Google, and being a “corrupt” Apple-blogger when I’m hard on Apple have all disappeared from my life.

So, what are we going to do?

Kyle McInnis suggested that we extend an invite to our readers to email us with their thoughts and opinions. The goal is to publish the insightful , and make fun of the vapid and stupid.

This may go up in smoke, but we’re going to give it a go. At the bottom of every post will be an email address for you to hit up when you want to leave a thought. To start, we’ll be publishing emails once a month, but if you guys have a lot to say then we’ll consider publishing them more regularly.

Here’s the first three emails we thought we’d pass on. Let us know what you think on Twitter.

The TouchID Hack Is Generating Some Actual Positive Buzz

Funny story from today that I thought I would share with you all. My grandmother came into my office this afternoon to say hi. While she was there, she told me that she had heard about the new iPhone and that the new touch sensor had already been hacked. She preceded to tell me that the “best way” to prevent any wrongdoing of fingerprint hacking was to use a pinkie finger. After explaining to her the “easy” process of pulling a fingerprint off and using that to “hack” the new iPhone sensor, she still said that the pinkie finger was the best method of protection. At this point, I smiled and said “Ok Grandma, I’ll keep that in mind should I get one.”

This is how I know Apple has succeeded when people who have no interest in their products are talking about it. Whether the information is right or wrong is irrelevant; it’s out there creating buzz among the non tech folk.

Just an observation. Thanks a lot guys.

So, iOS 7 Isn’t Living Up To Standards For Some

I’ve been a graphic designer for 12 years and I think iOS7 looks terrible. I’ve been using it for a couple of hours now and it’s worse than the demos made it look. Quite frankly, I feel like I now own a Fisher Price toy. There was absolutely nothing wrong with iOS6, it worked well, it looked good and I loved it. I liked the idea that someone took the time to make the capstans look like they’re rolling in the Podcast app, or that the Notes app had tear marks at the top of the page, just like the real thing. It made me feel like someone really cared about the final product – unlike Apple’s first attempt at a clock app for the iPad, which was absolutely and boringly terrible, now I understand it was just a hint at what was to come. There is such a thing as too much, but there’s most definitely such a thing as too little. iOS7 is far too little.

“Workout” is to exercise; “work out” is a successful outcome.

Non-native English-speakers like me can write better and will cost you less.