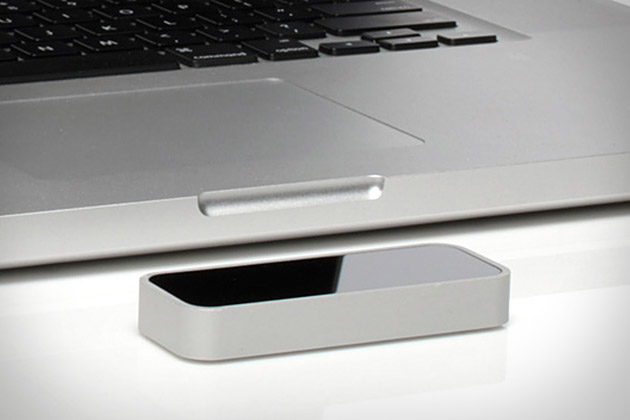 The Leap Motion Controller will begin shipping mid-May, and will cost you less than a hundred dollars, a small price to pay for being able to control your computer by swiping through the air.

Think of the Leap Motion Controller as an Xbox Kinect, but for your computer. The device will work on OS X 10.7 and 10.8 as well as Windows 7 and 8.

The real challenge is going to be whether or not Leap Motion can take this thing from novelty to practical in the minds of consumers. It’s pretty cool, and there’s no doubt that it will see plenty of sales on that factor, but it’s still a question of whether or not consumers will gravitate back to a mouse and trackpad.

Cut The Rope, however, is the perfect partner to launch the Leap Motion Controller with, and we’re sure we’ll see plenty of bumped elbows as people hack and slash in mid-air.