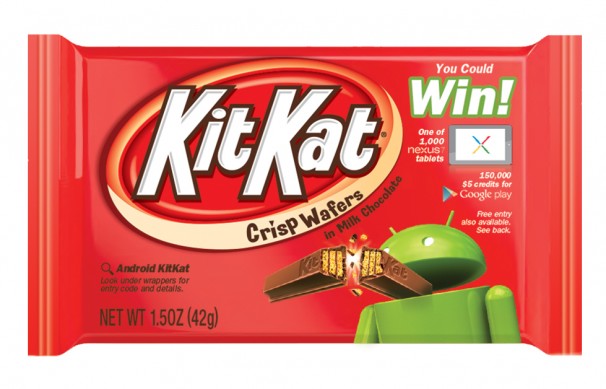 Earlier today, we first heard the news that the upcoming version of Android will officially be called Kit Kat. While we’re just learning about it now, Google and Kit Kat have clearly known about it for a while.

Kit Kat released a video today that parodies the typical white room interview style videos Apple does whenever the company announces a new major product. This time, instead of describing an iPad, the “Chief Breaks Officer” in the video delves into the beauty that is a Kit Kat bar.

The end of the video then shows off the new look Kit Kat wrapper, complete with the Android mascot taking a big bite out of the bar.