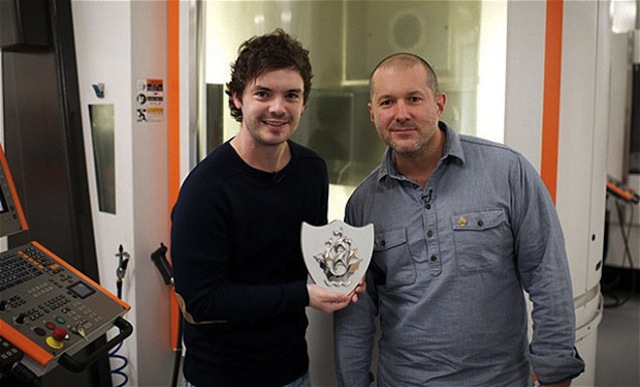 Jony Ive, Apple’s design chief, has won a number of awards over the years, both big and small. Now, CBBC’s Blue Peter is presenting Sir Jonathan Ive with the gold Blue Peter badge, the highest accolade in UK children’s TV. The gadget special will air on Saturday, February 16.

Ive is the Senior Vice President of Industrial Design for Apple, but was a Blue Peter fan long before that. First broadcasted in 1958, Blue Peter is the world’s longest-running children’s television program. It shows kids arts and crafts tips, while presenters look at different real world problems.

In the clip, Ive explains what he loved most about the show and tells presenter Barney Harwood how much he loved the way the show would reuse products that seemed no longer useful, like an old laundry detergent bottle.

The special episode will show Ive reviewing some product designs sent in by Blue Peter viewers. When he is presented with the Blue Peter badge, he says it’s “absolutely incredible” and it’s clear he sees this as quite an honor.

To show his appreciation for the show, Ive and his team made a unique Blue Peter badge crafted from solid aluminium in a 10-hour process. He presents one to Barney that was made earlier.

About 1,000 gold badges have been presented in history. Ive is joining a list that includes David Beckham, JK Rowling, Tom Daley, Damian Hirst, and the Queen.

Ewan Vinnicombe, Acting Editor of Blue Peter, said: “Sir Jonathan Ive is an inspiration to children around the world and we were ecstatic to hear his comments and design advice to our viewers who will remember such feedback for a lifetime.”

The gadget special featuring Jony Ive will air Saturday, February 16 at 10am on CBBC.