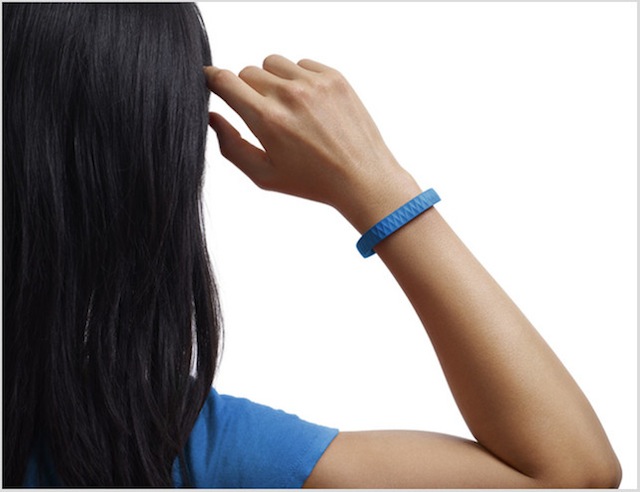 In trying to stay relevant in the growing market of wearable health and fitness devices, Jawbone has acquired BodyMedia, a 14-year-old Pittsburgh-based company that makes health-monitoring armbands, for more than $100 million.

This is just another of the health product companies that Jawbone, the maker of the wearable UP fitness-tracking wristband, has managed to nab. Just a few months ago Jawbone acquired data and digital-design companies Massive Health and Visere.

While Massive Health and Visere were acquired mainly for talent, BodyMedia has a different sort of appeal for Jawbone, which mainly concerns the company’s patents. BodyMedia has had more than 80 patents issues throughout its 14 years of existence, a lot of them in the area of multi-sensor technology. Combined, BodyMedia and Jawbone will hold more than 300 issued and filed patents.

The Jawbone UP wristband has a lot of functions, including tracking your movements and sleep patterns and syncs with a compatible app for iOS and Android that lets you keep track of what you’re eating, track your weight, map your runs, and more. Despite all this, it’s missing some of the high-tech sensors that BodyMedia products have.

“I think the first phase of this market has been about accelerometers and what those can do,” Hosain Rahman, Jawbone CEO, said in an interview. “Now it’s about getting even more granular, and also, how we can get all that tech into an efficient form factor.”

BodyMedia’s armbands contain four types of sensors that measure skin temperature, heat flux, galvanic skin response (GSR) and overall movement. Unlike the sleek Jawbone UP wristband, BodyMedia’s armbands are bigger and bulkier. BodyMedia also has the only one of its kind that is registered with the FDA as a Class II medical device that is clinically proven to enhance users’ weight loss.

Rahman didn’t specify when a Jawbone UP wristband that includes BodyMedia’s sensor types would be available, but did say the company is working on a lot of different things.

The BodyMedia team will stay in intact in Pittsburgh, but its CEO, Christine Robins, will no longer serve as CEO and will become the general manager of BodyMedia and a vice president of business development at Jawbone.

Jawbone also announced that its opening up its Up mobile software to ten different fitness-app makers, including RunKeeper, MyFitnessPal, LoseIt, Withings, Sleepio, and IFTTT for workout prompts. Jawbone UP users with iOS devices will be able to share data with these partners using the UP app for iOS.