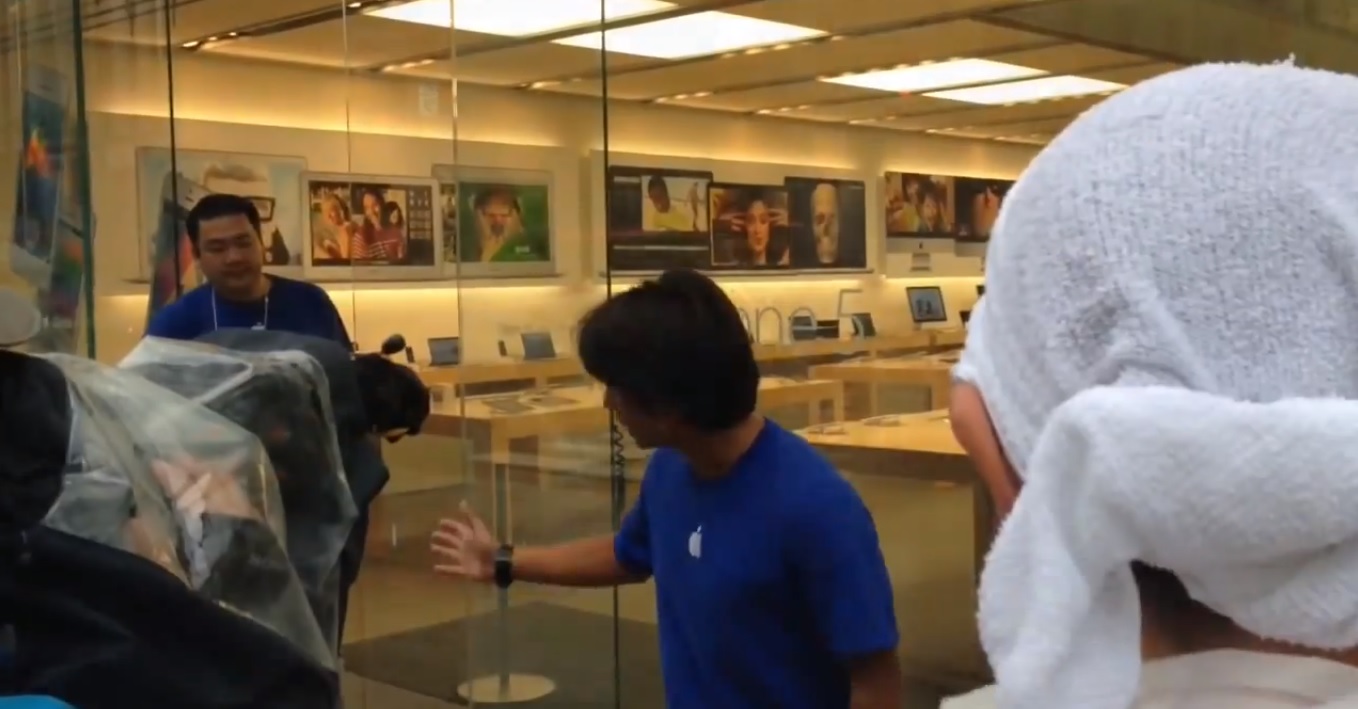 While personally I’ve never camped out in front of an Apple Store for a new iPhone, it certainly sounds like it could get miserable at times. This sounds like it would especially be the case when you’re facing typhoon threats while you wait.

This has been the case in Japan, where today a number of flash flood warnings popped up, including in the area of a Tokyo Apple Store. Before the flood hit, however, the store’s employees came out to invite those waiting in line outside for a iPhone 5S or 5C to come in. Apple then brought the customers up to their own comfortable theatre where they were given bottled water and allowed to be dry.

It’s nice to see that Apple is willing to help its most loyal customers avoid potential death.