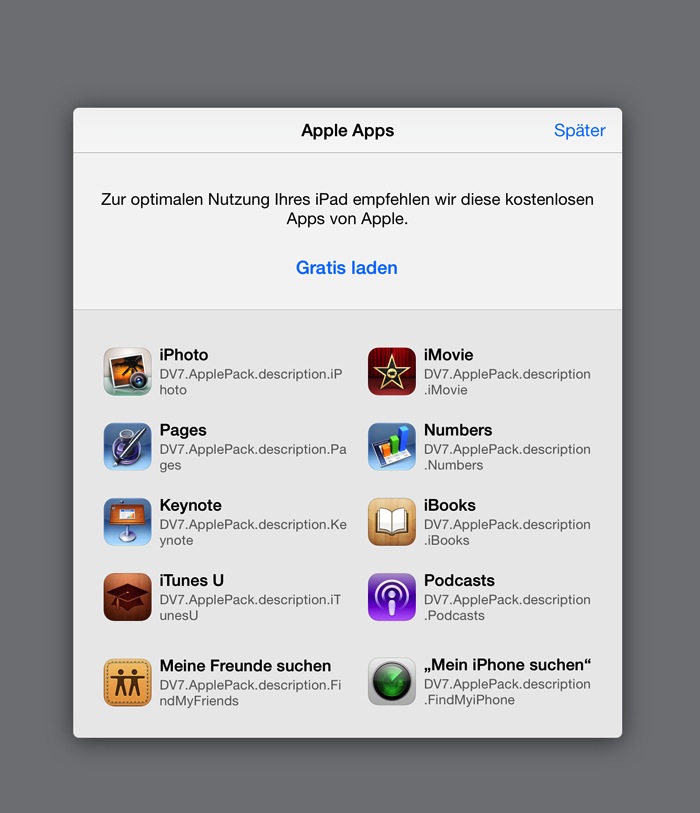 Apple’s iWork and iLife suites may soon be available for free on iOS devices. Reports out of German Apple blog iFun show Numbers, Pages, Keynote, iPhoto, and iMovie on Apple’s free application pop-up window that appears when you first launch the App Store on any new iOS device. It’s worth noting that Garageband wasn’t on the list. Previously, only Apple applications like iBooks and iTunes U appeared in this window. iWork and iLife were left out due to their premium price tag. Currently, iWork applications retail for $9.99 per app and iLife apps retail for $4.99 per app on the App Store.

Another reason to believe that iWork and iLife apps are going free is due to the fact that Apple announced iWork for iCloud web applications at WWDC 2013. This brought the full iWork suite to all iCloud users completely free of charge. The web apps can be used on both Macs and PCs and sync with both the Mac and iOS applications seamlessly. If Apple was to make the mobile versions of iWork free, it would give users one less reason to turn to Office 365 or Google Docs for their document editing and creating needs.