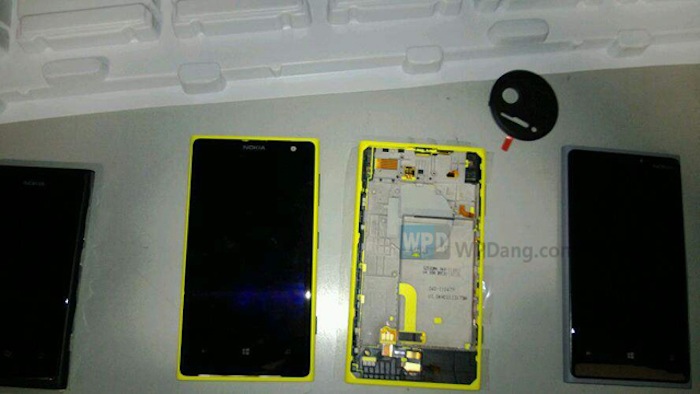 Nokia is known for putting some crazy cameras into its smartphones. For instance, the Nokia Pureview 808 has an insane 41-megapixel camera sensor alongside a large lens. The company also threw a 12-megapixel camera into its ex-flagship N8 smartphone. These phones have been used to film movies and take super-professional photos in the past; however, Nokia has yet to bring an insane camera to its Lumia line of Windows Phone 7 and 8 devices. Until now, that is.

Recently, a prototype Nokia phone was found by the Chinese Windows Phone website WPDang. The device the publication found looks very similar to a Lumia 920, though the rear of the device has a large bump with a large opening on top. This opening looks large enough to house the camera sensor used in the Pureview 808, hence leading us to believe that the Pureview technology is coming to Windows Phone sooner than later.

Aside from a camera opening, the device is setup for wireless charging covers and is crafted from the same polycarbonate material used in the Lumia 920. The mythical device features a 4.5-inch, 720p display.

Though we do not yet have a release date for this device, previous reports out of MobileGeeks say that the device will launch during the second week of July, or sometime around July 9th. The report also says that the phone has taken the codename Lumia EOS and will be offered with Nokia’s new Pro Camera application. We should see the device land on AT&T in the United States.