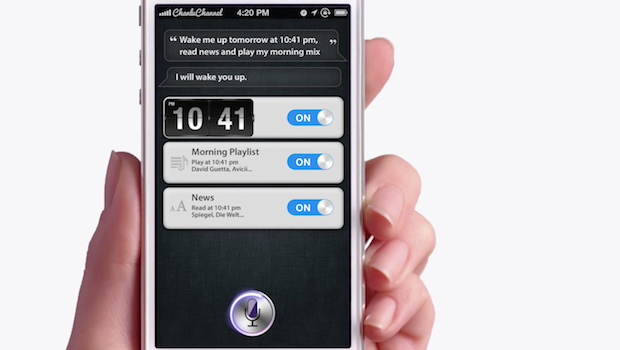 With WWDC coming up soon, an interesting concept video, made by Christian Lue of ChanluChannel and Ran Avni of ConceptsiPhone, has popped up online.

There are many changes shown in the video that we can all appreciate. One feature is quick reply for Messages. When a message comes in, you can reply to it without going into Messages, which would be super handy and save a ton of time.

There are also tweaks made to the look of iOS, such as a flat icon design and a new look to the Settings app. There are also new commands that Siri can respond to, such as hooking into third-party apps (like Flickr), reading the news, and playing a playlist with an alarm.

Some of the videos that come out on the Internet seem far-fetched or not likely to happen. This video has some feasible tweaks that could actually be put into Apple’s newest mobile OS, such as the new Siri commands and quick reply. Go check it out.