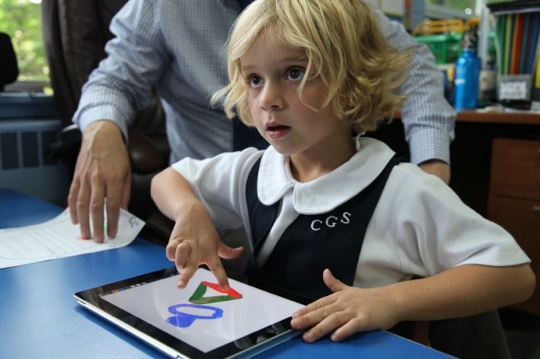 While iPads are immensely popular in schools, Apple has been having some trouble having them work properly since iOS 7. A number of staff and teachers are reporting that iOS 7 has removed the filter systems they had setup for their students, granting them access to any website or app they wish.

Some schools have even decided to take away the iPads from students until the issue is resolved. Here is one school’s solution:

“Apple did not realize that installing iOS 7 would remove our (and thousands of organizations across the country) safety protection measure, which now makes the iPad devices unfiltered when accessing the Internet away from school,” said a memo from the Manitou Springs (Colo.) School District 14 to parents. “In the short term, the district will be collecting iPad devices at the end of each day until the safety protection measure is reinstalled”

Apple, however, knows about the issues and says an update is on its way.

Some business and education users have reported that their supervised devices have reverted to unsupervised when they upgrade to iOS 7,” Apple spokeswoman Trudy Muller told AllThingsD. “We are aware of this issue, and will have a fix this month.

If you’re a kid reading this and your school provides you with an iPad, just know that you’re a free man for a little while.