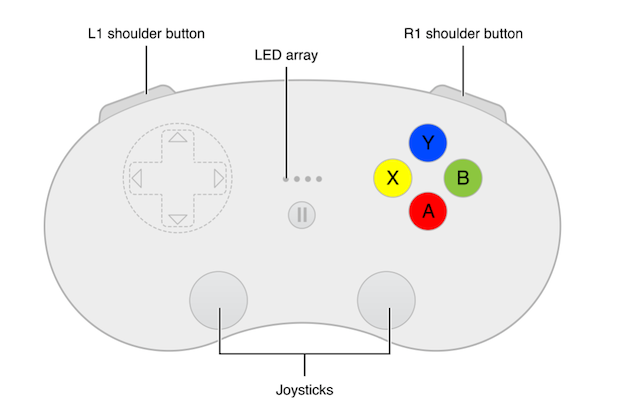 Every year at WWDC features fly under the radar because Apple doesn’t have enough time to discuss them all. One interesting feature that was mentioned on a slide but not discussed further was game controllers, which will be supported on iOS 7 and OS X 10.9.

Playing traditional console style games on a touchscreen has always been difficult, especially when the developer has not tailored their game enough to a touchscreen. Now gamers do not have to worry about that problem if their favorite games support Apple’s game controllers API.

There are two different types of controllers that Apple showed on its developer site. One is a typical gamepad with joysticks, while another controller fits around the screen.

Previous attempts at adding controller support to iOS was done by multiple companies, including the ION iCade Mobile and the Duo Gamer. Unfortunately they didn’t provide a common way to support each other. So, for instance, one controller would support a particular number of games, while another controller would have its own library. This lead to fragmentation. Apple will have one way of adding support for controllers though, which eliminates that issue as long as everyone supports Apple’s method.

This is a great feature addition and if Apple ever provides an Apple TV SDK, controller support could move there too and compete with micro consoles like the OUYA and Project M.O.J.O.