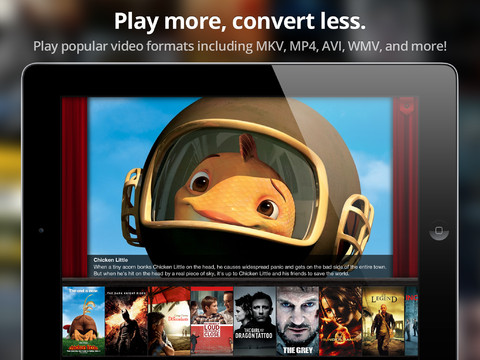 Infuse, a third-party video application for iPhone, has received a minor update. The most notable part of this update is the fact that users can now use the remote control on their headphones to pause, play and resume videos. Other minor changes include performance improvements, an updated IMDb API for movie searches, and re-enabeled access to music videos that have been synced to the user’s device. There have also been some minor visual improvements made to the iPad client. This update brings Infuse to version 1.2.4.

So, even though version 1.2.4 may not be the most exciting update, 9to5Mac has been told that the device will soon gain support for AirPlay and HDMI and that Firecore, the developers of Infuse, will be launching a web interface for the app. This web interface will allow Infuse users to manage their existing data as well as upload new data to their Infuse app.

Infuse is a popular video-viewing app for the iPhone and iPad. The application supports tons of different video formats and features Dolby mobile surround technologies. Aside from the builtin technologies, Infuse looks good as its interface offers dark colors and nice textures. Infuse is available for $4.99 in the App Store.