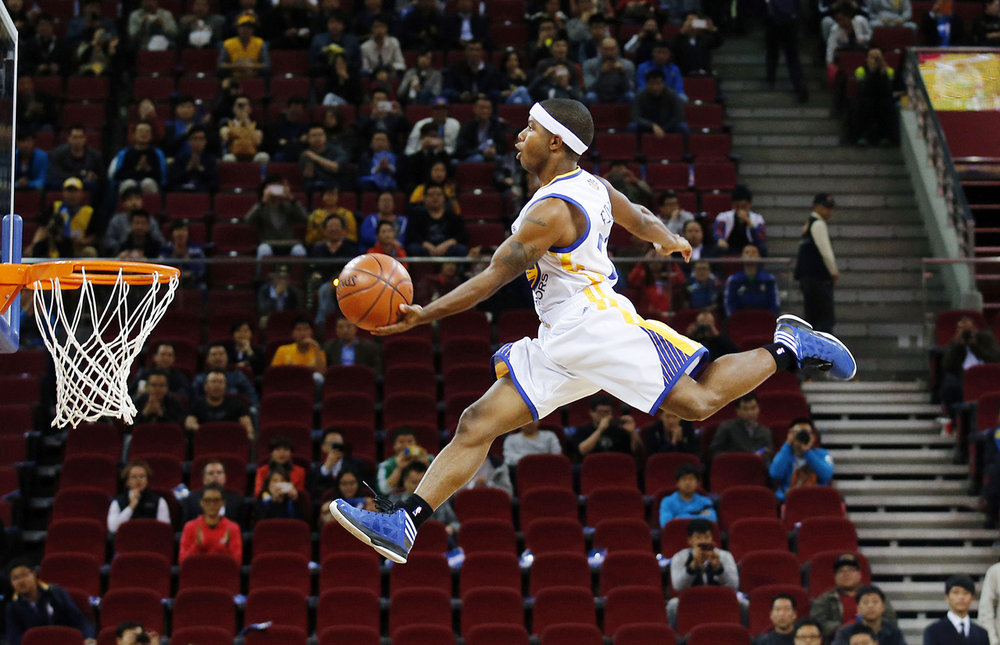 Hey you! Give us some more money and get your ass out of these crappy seats!

That’s the message (or at least something similar) that you might begin to see pop-up on your iPhone if you decide to go to a Golden State Warriors basketball game at Oracle Arena.

The Oakland based NBA team has become the first club in the league to incorporate Apple’s iBeacon technology, a technology that lets companies send out location triggered messages over low-energy Bluetooth signals.

This means is that if you have the official Golden State Warriors app installed on your phone, as well as Bluetooth enabled, several dozen iBeacon transmittors located throughout the arena will be able to communicate with your device.

The team has reportedly started using the technology to try and sell better seats to visitors mid-game. Say you arrive at your seat all the way back in the second last row of the arena. A nearby iBeacon will then detect your presence, and instantly shoot a message over to your phone inviting you to buy upgraded seats.

Some will likely find the feature quite useful, while others will find it incredibly annoying. You’ll still always have the option of simply turning off Bluetooth, however, to save yourself from the notifications.

Now let’s all cross our fingers that iBeacons don’t end up driving us bonkers.