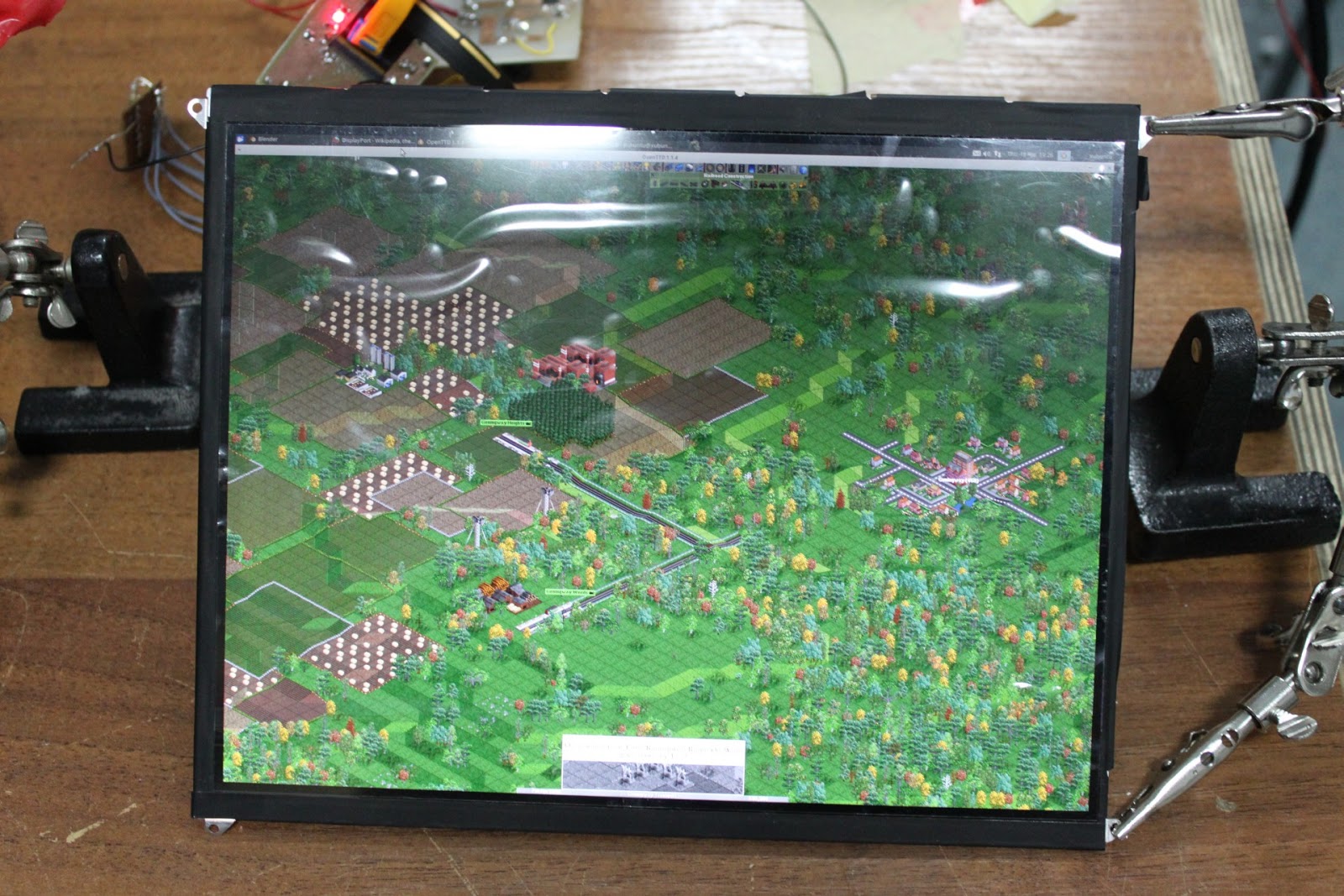 Have an old iPad laying around collecting dust? Why not turn the display into an external monitor for your PC. That’s exactly what a polish hacker did when he managed to get an iPad display online and then hacked the Retina display to run as an external display at maximum resolution.

Using the DisplayPort technology, an interface board (available on GitHub), and a lot of skills most of us don’t possess, Emeryth managed to get the display running in tip-top shape.

Creating the PCB was fairly straightforward, I just had to route all the FPC connector pins out to pads where I would solder DP cable wires. It was possible on a single-sided home-made board.

I tried to make the traces for DP lanes to be of the same length (that’s very important for high speed differential signals), and as it turns out, either my PCB design is pretty good, or DisplayPort is very forgiving. :)

Soldering everything was a little difficult, the FPC connector has tiny pins, but they stick out a little bit, so it’s doable with a regular soldering iron.
After the PCB was done, I cut open a DP cable and soldered all the wires in their places.

Unfortunately there is no standard for wire colors, so I had to open up the DP plug to trace them to the correct pins.

Talk about a badass project. The only thing that would make it more badass would be getting it to work in OS X so I can build one and slam it into my car with an old Mac Mini.