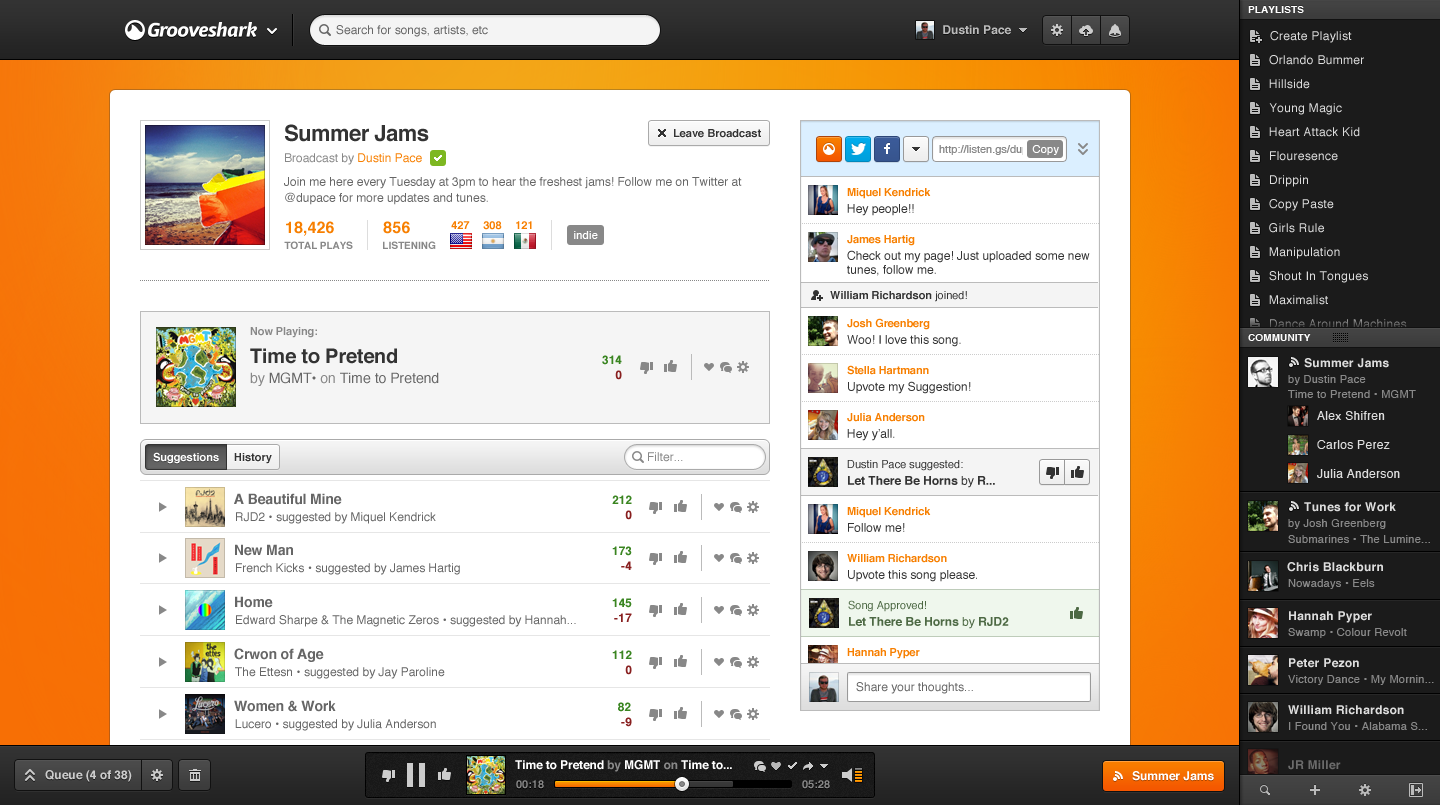 Grooveshark has been struggling recently as the company faces increasing competition with the growing businesses of competitors like Rdio and Pandora and the upcoming threat of streaming services from the likes of Google and Apple. To try and combat this, Grooveshark has announced its new upcoming feature “Broadcast”, which will help set it apart from its competitors.

Broadcast allows users to create their own radio station where they get the chance to DJ and select which songs are played for others to hear. Other users can then tune-in to the radio station and hear the tracks the DJ has chosen to play, as well as being able to suggest which songs they should play next. If they like the songs that are being played, they can stay in the room and continue to listen. If they don’t they can go to another room, make their own room, or simply use the traditional Grooveshark music playing experience.

DJs are able to upload and play their own tracks to shows and are also able to upload their own 30 second interludes and messages. There’s also a chat bar that lets both the DJ and listeners have simple casual chats on what they had for breakfast or heated debates on who the best Beatle was and whether Tupac is actually still alive.

The new feature is an important venture for the company which has had an incredibly rough past year or so that has left CEO Sam Tarantino broke and struggling to pay rent. Tarantino remains confident, however, that the worst is over and that it is now time for the company to begin growing again. “Look how effective we’ve been with headwinds. Now imagine what we could do with tailwinds.”

The service is expected to launch April 24.