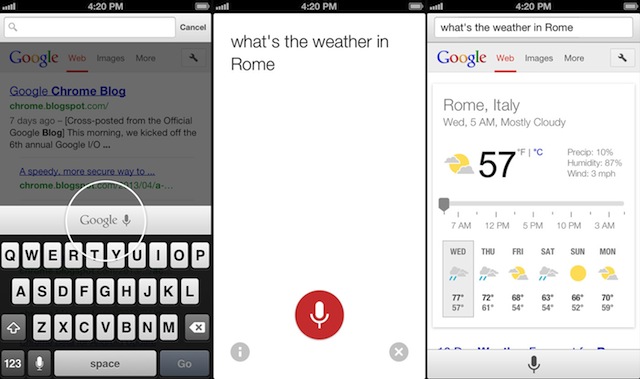 According to Google, Voice Search for Google Chrome will be making its way to iOS within “the coming days” in the form of a software update. Google has also announced that this new build of Chrome for iOS will bring better use of the cache, allow for third-party apps to launch URLs in Google Chrome, as well as bring improved page loading times. Google also plans on bringing similar voice search functionality to Google.com in the web browser as well.

Chrome for iOS users will be able to use Voice Search by tapping the new Voice Search button that will appear above the iOS keyboard. After being tapped, the user can tell their phone what they would like to search. In some cases, Chrome will speak your results to you. For instance, if you ask for the weather in a specific city, Chrome would tell you the current forecast.