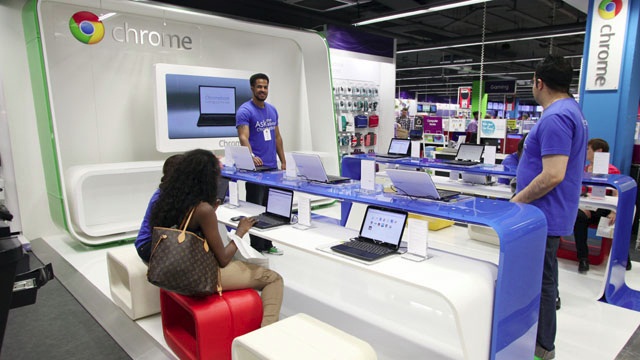 A much discussed rumor in recent weeks has been the possibility that Google was going to be entering the retail store space, creating their own Google stores similar to Apple and Microsoft stores. Andy Ruben, Google’s Senior Vice President of Mobile and Digital Content, has stated that these rumors are false, and that “Google has no plans” when it comes to opening retail locations.

Ruben was asked about the rumors at a recent roundtable discussion with reporters. Ruben responded that there is no real need for a retail Google store anymore. “They don’t have to go in the store and feel it anymore,” Ruben said. Here he is referring to the popularity of things such as the Internet and YouTube, where buyers can now gain an excellent sense of an item simply by researching the product online.

Ruben also states that even if Google did have a retail store, he doesn’t think that Google’s phone and tablet lineup is currently worthy of having its own store. “For Nexus, I don’t think the program is far enough along to think about the necessity of having these things in a retail store.”

While I believe that Google won’t open its own store this year, I’d be surprised if the company truly had “no plans” when it comes to entering the retail space. I think that we’ll definitely see a handful of Google stores start to pop up in three years’ time.