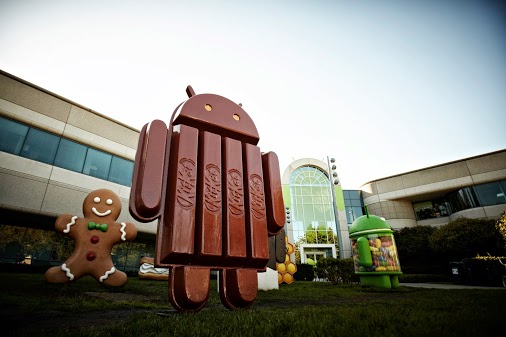 If you feel like you’re dessert themed Android updates have lacked in branding, have no fear. Google has announced that its upcoming Android 4.4 update will be called Kit Kat.

Coming in the wake of updates bearing names like Ice Cream Sandwich and Gingerbread, Kit Kat is the first version of Android to be branded by a company. The agreement with Nestle will see over 50,000,000 Kit Kats produced with Android promotions on their wrappers.

Google was initially planning to call the update Key Lime Pie, but the company was hesitant as it wasn’t sure whether everyone would know what Key Lime Pie tasted like. This led to someone suggesting Kit Kat, simply because it was a favorite snack amongst the company’s coders.

The deal reportedly came into place incredibly quick, with a Google Executive cold calling Nestle’s advertising department and the deal coming to a conclusion less than 24 hours later.

If you think Nestle is dishing out big bucks to support this campaign, that’s apparently not the case. “This is not a money-changing-hands kind of deal,” said Android global partnerships director John Lagerling. Instead, he says its about doing something fun and unexpected.

The deal should provide good brand awareness for both Android and Kit Kat, with Android making its way into thousands of convenience and grocery stores, and Kit Kat getting its brand associated with a big tech giant.

A Kit Kat themed android statue has already joined the others on Google’s lawn. It wasn’t actually until seeing this statue that many employees learned that Kit Kat would be the new official name.