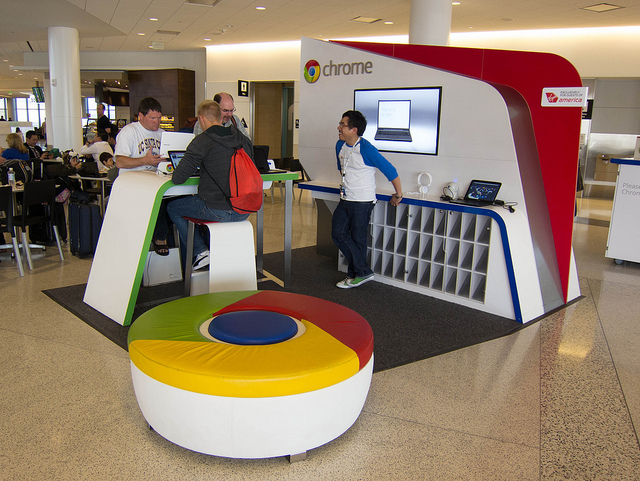 Google will soon be opening its own retail stores. The stores will supposedly initially feature Chromebooks and the Nexus line of products which Google currently sells via the Google Play online store. Google would also be able to show off its future products such as Google Glass and self-driving cars, giving users the ability to get a hands-on experience of before purchasing. Who wouldn’t want to test drive a self-driving car. Wait, is that even considered test-driving, or should we just call it test-riding?

Google has experimented with retail stores before when setting up Chromebook kiosks in Best Buy and Dixon stores across the United States and United Kingdom. However, at these kiosks, Google has never accepted their own payments. The kiosks are simply places where potential buyers can play around with the products and ask Google specialists questions.

Google also had a partnership with Virgin America where the company set up Chromebook kiosks in five major airports across the United States. Travelers could use the computers for free, but Google specialists were also available to answer questions at the kiosks.

Google’s biggest competitors, Apple and Microsoft, both have physical stores around the world. These stores allow potential buyers to use a company’s products before purchasing them. It’s also a benefit to customers who would rather pay in cash for products rather than charging purchases to a credit or debit card. Plus, there’s something to be said about being able to head to the source for support instead of dealing with third-party resellers and giant box-stores.