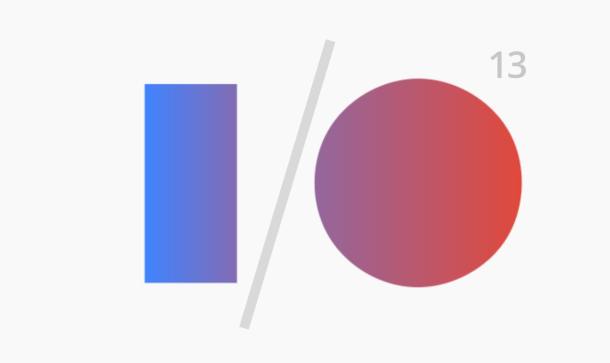 If you’re a big fan of Google, today is basically your Superbowl. Google held its annual Google I/O event today, and with it came a number of big announcements from the tech giant.

Starting off with a hardware announcement, Google unveiled its next Nexus phone, which turns out to actually just be a rebranded Samsung Galaxy S4. The device will feature the same hardware as the recently released Galaxy S4; however, in typical Nexus fashion, the OS will run a stock Android experience. The device will come completely unlocked and will be able to run on both T-Mobile and AT&T’s LTE networks. The device, which is yet to have an official name, is set to go on sale June 26th for $649.

Another big announcement out of the conference was Google’s new music streaming service Google Play Music All Access. The service is designed to rival sites like Spotify and Rdio, and will cost users a monthly subscription fee of $9.99. The service acts as an extension of the existing Google Play music store, with members getting access to unlimited music on their desktops and Android devices. The service will also put emphasis on guiding users to recommended music that they haven’t heard before. Another cool feature is that when using the app on Android, it will seamlessly merge the user’s song library on his phone with the service’s online streaming library. Google also took a slight jab at Apple’s rumored ad-driven music service, touting how the app can let users create their own radio stations with their favorite artists, without any ads or restrictions. Those interested can sign up for a free 30 day trial right here. (U.S. users only for now, sorry) Google’s social network Google+ is also receiving a major update, complete with an overhauled layout and significant improvements to photos. The new design features a 3 card layout, that has 3 horizontal columns giving users more information to see on screen and getting rid of the old vertical list of posts. It also puts more of an emphasis on photos and video. Google has also added some flashy animations to the desktop version, such as having cards literally flip over to reveal the comments section.

Photos have also gotten significant updates in the Google+ update. Whenever users upload new pictures, they’ll have the option to automatically use a new feature called Auto Enhance, which essentially just adjusts sliders like brightness, contrast, saturation etc… to make for a better looking picture. Google also showed off how the feature will remove things like zits from an image. Another cool feature is “Auto Awesome”, which automatically does a number of cool things depending on the photos you upload. It will automatically make a GIF for you if you upload a sequence of pictures taken in a short time and if you upload a number of similar group pictures, it will provide you with one perfect group picture that ensures every one is smiling. The feature “Auto Highlight” will make sure that if you upload an album with a ton of pictures, the best quality ones will be prominently shown off while blurry ones will not.

Next is Google Maps, which will be receiving a massive update to the desktop version. Maps is getting a complete redesign that will incorporate the entire page of your web browser, and a major focus on having Maps get more intelligent the more you use it is being put into effect. It will do things like make a nearby bowling alley more visible on the map if you search for a bar that is close to it. It will also make locations you frequent like your house and work more prominent on the map so that you can use them as landmarks when going somewhere. Google says that it’s adding a ton of new features like this with the intention that the average user doesn’t even notice them, rather that they just subconsciously use them. The new version of Maps is currently in a preview build that people can sign up for to help get it ready for public release. Here’s a video that shows you what the new Maps is all about.

Google also announced the release of the new Hangouts app, available today on iOS and Android. The app is essentially a unified messenging app made to replace Google Talk, Google+ Messenger and the old Google+ hangout video chat feature. Download it today and watch the video here to see what it’s all about.

While those are what we thought were the biggest announcements out of Google’s I/O, other announcements included “Google Play services,” which is pretty much Google’s version of Game Center for Android and newly announced functionality for Google’s Siri competitor Google Now, bringing things like Public Transit Support and the ability to make reminders.

If you have some spare time, you can watch the full event right here.