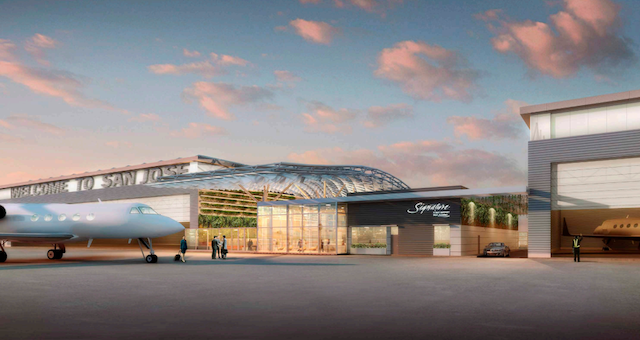 Google’s private jet company, Signature Flight Support, will soon be building a private airport in San Jose. The company will be signing a lease alongside Blue City Holdings for the airport to be built on the west side of the San Jose airport. The lease will give them 29 acres to work with for at least 50 years.

The airport itself will feature an executive terminal, aircraft maintenance facilities and hangars to hold the jets. There will also be a ramp capable of holding some pretty large business jets on-site as well.

In late 2011, Google had eight private jets for its most powerful employees such as Larry Page, Eric Schmit and Sergey Brin. The company has had its jets stored elsewhere for a few years, but with Google’s expanding jet collection, it would make sense to have a private home for them.