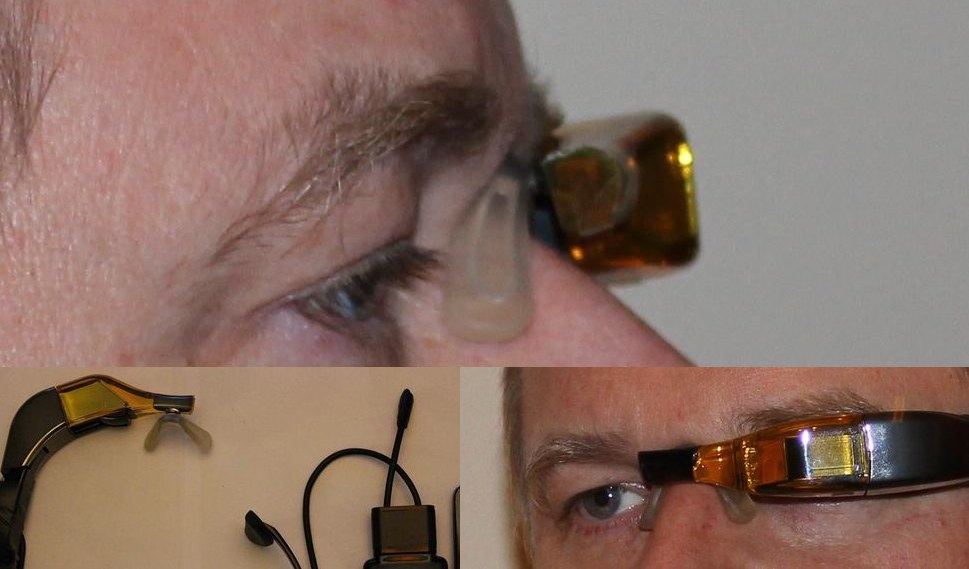 Google Glass is everywhere but where it should be (on my face). If you’re the early adopter type and can’t stand not being able to pretend you’re Sergey Brin on the subway, some dude on Industructables has put together a step-by-step guide to build your own Google Glass headset with iOS and some other gear, like a gaming headset and a Myvu Crystal.

The 19 step tutorial takes you through cutting apart the gear you need, and re-configuring it to sit nicely on your face. It’s not as involved as you may think.  Take a moment and check out the guide; it’s a pretty clear step-by-step tutorial. In addition to the things listed above, all you’ll need is some epoxy and a Dremel to get started.

The end result may not be as sleek as Google Glass, but at least you get to pretend you’re a cyborg for a day or two until Google releases its own version to the public buying masses.