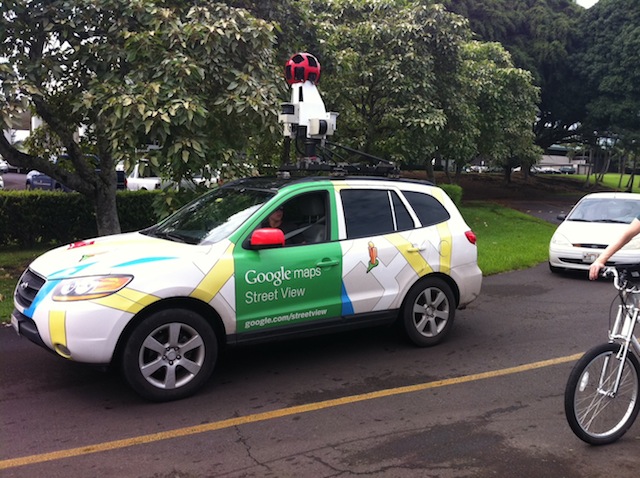 Google has been slapped with a fine of 145,000 Euros, about $189,000, for violating “one of the biggest data protection rules” known in Germany. The violation? Google’s Street View cars illegally collected data from open Wi-Fi networks between 2008-2010.

German prosecutors dropped criminal proceedings against Google last fall when they failed to find “criminal violations,” but data protection regulators picked the case up again in hopes of discovering exactly what Google had done that was illegal, and did they ever. Between 2008 and 2010, Google’s cars collected data, including contents of e-mails, passwords, photos, and chat protocols, according to Hamburg data regulator Johannes Caspar.

Google’s global privacy counsel, Peter Fleischer, said the company has tightened up its system to address the Street View issue. He also said the Google’s Street View team was unaware of the collection and never looked at the illegal data that it gathered.

“In my view, this is one of the biggest data protection rules violations known,” said Caspar. Google’s “internal control mechanisms must have severely failed.”

$189,000 fine doesn’t seem like much of a fine for violating one of Germany’s biggest data protection rules. In fact, the fine represents less than 0.005% of Google’s profit last quarter. It’s like paying a third of a parking ticket for the average customer. Not exactly something that will convince a company to behave itself.

Right now fines for negligent data rule violations are limited to 150,000 euros under German law, but Caspar argues that this should be raised in order to deter unlawful behavior. How about handing out these fines on a sliding scale based on revenue? That’ll get Google’s attention pretty quickly.