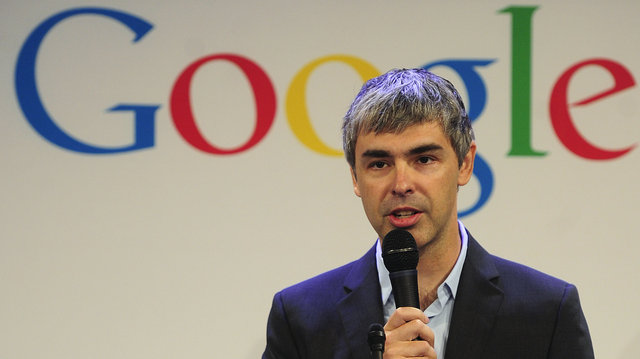 Google CEO Larry Page took to Google+ today, where he publicly revealed for the first time that he has been suffering from vocal cord paralysis for the past 14 years.

Page has written an extensive post on his Google+ page discussing the history of his condition as well as reassuring people (and shareholders) that it is nothing to be overly concerned about. Page also shows that he takes his condition with some lighthearted humor, saying things like, “Sergey says I’m probably a better CEO because I choose my words more carefully.”

Page goes on to say that he will be personally funding an extensive research project that could potentially help treat those suffering with his condition.

Here’s Page’s complete blog post, which is definitely worth a read:

About 14 years ago, I got a bad cold, and my voice became hoarse. At the time I didn’t think much about it. But my voice never fully recovered. So I went to a doctor and was diagnosed with left vocal cord paralysis. This is a nerve problem that causes your left vocal cord to not move properly. Despite extensive examination, the doctors never identified a cause — though there was speculation of virus-based damage from my cold. It is quite common in cases like these that a definitive cause is not found.

While this condition never really affected me — other than having a slightly weaker voice than normal which some people think sounded a little funny — it naturally raised questions in my mind about my second vocal cord. But I was told that sequential paralysis of one vocal cord following another is extremely rare.

Fast forward to last summer, when the same pattern repeated itself — a cold followed by a hoarse voice. Once again things didn’t fully improve, so I went in for a check-up and was told that my second vocal cord now had limited movement as well. Again, after a thorough examination, the doctors weren’t able to identify a cause.

Thankfully, after some initial recovery I’m fully able to do all I need to at home and at work, though my voice is softer than before. And giving long monologues is more tedious for me and probably the audience. But overall over the last year there has been some improvement with people telling me they think I sound better. Vocal cord nerve issues can also affect your breathing, so my ability to exercise at peak aerobic capacity is somewhat reduced. That said, my friends still think I have way more stamina than them when we go kitesurfing! And Sergey says I’m probably a better CEO because I choose my words more carefully. So surprisingly, overall I am feeling very lucky.

Interestingly, while the nerves for your vocal cords take quite different routes through your body, they both pass your thyroid. So in searching for a cause for both nerves that was an obvious place to look. I was diagnosed with Hashimoto’s thyroiditis in 2003. This is a fairly common benign inflammatory condition of the thyroid which causes me no problems. It is unclear if this is a factor in the vocal cord condition, or whether both conditions were triggered by a virus.

In this journey I have learned a lot more about voice issues. Though my condition seems to be very rare, there are a significant number of people who develop issues with one vocal nerve. In seeing different specialists, I met one doctor — Dr. Steven Zeitels from the Harvard Medical School and the Massachusetts General Hospital Voice Center — who is really excited about the potential to improve vocal cord nerve function. So I’ve arranged to fund a significant research program through the Voice Health Institute, which he will lead. Thanks a bunch to my amazing wife Lucy, for her companionship through this journey and for helping oversee this project and get it off the ground. Also, thanks to the many people who have helped with advice and information many of whom I have not had a chance to thank yet.

Finally, we’ve put together a patient survey to gather information about other people with similar conditions. As it’s fairly rare, there’s little data available today — and the team hopes that with more information they can make faster progress. If you have similar symptoms you can fill it out here: voicehealth.org/ip

Page’s voice has always sounded somewhat soft and strained, but until now no one really knew the cause of it. It’s definitely good to hear that Page’s health is, for the most part, doing fine and that he’s able to view his condition with such a positive and optimistic attitude.