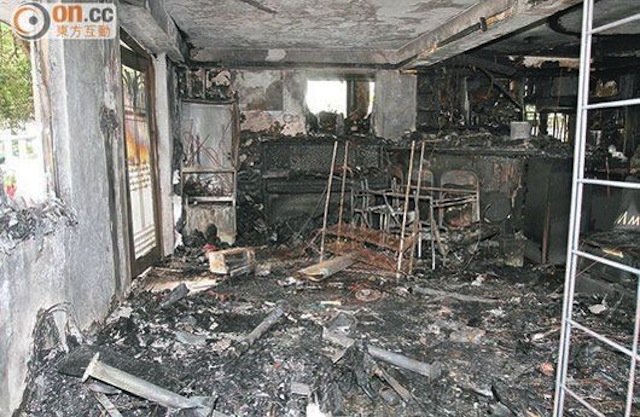 Mr. Du, a Hong Kong man, reportedly had his apartment burned down by his Samsung Galaxy S4 smartphone. The man was reportedly playing a game of Love Machine (yeah, really) on his Android phone when suddenly the phone exploded into a ball of flames. The man proceeded to throw his phone at a nearby couch, lighting the whole apartment on fire. Thankfully, both Mr. Du and his wife made it out of the apartment without injury.

Judging by the photo embedded above, the Galaxy S4 did a pretty hefty amount of damage to the man’s apartment. However, it’s kind of hard to believe that a smartphone caused that much damage to a full-sized apartment. The man claimed that he was using an official Samsung device, but that should probably be taken with a grain of salt.

Samsung has stated that it is looking into the explosion and that it will run a chemical analysis on the rubble to ensure it was a legitimate Samsung product.