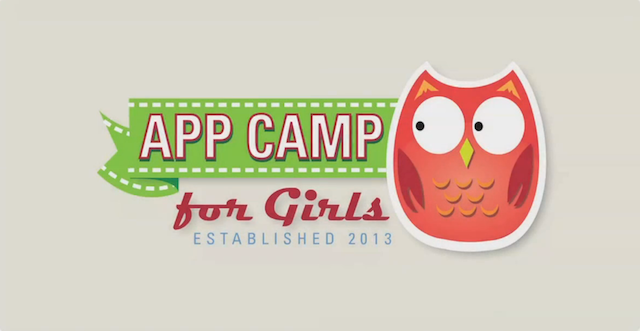 There are all kinds of summer camps to send your kids to, but App Camp for Girls is, well, just that. It’s a girls only summer camp that aims to “address the gender imbalance among software developers” and teach girls aged 12-14 about how to build, code, and publish apps for the iPhone, iPad and iPod touch under the supervision of women developers.

App Camp for Girls was founded by Jean MacDonald, who found a huge lack of female developers in the tech world. She explains:

“The idea for App Camp for Girls came to me when I was at the Apple developers’ conference [WWDC]. I was in a session with over 1,000 developers, and I realized from where I was sitting I couldn’t even see another woman, not unless I stood up and looked around to find one. And that’s when I realized: there’s so few women creating iPhone and iPad apps.”

App Camp for Girls is looking for sponsorship via an Indiegogo campaign. If it reaches its funding of $50,000, the camp will hold its inaugural sessions in Portland, Oregon this summer. There are 42 days left, with $19,161 already raised.

In March, the camp held a one-day “alpha” camp with a small group to test the plan to build an app with the girls in short period of time and found it to be a huge success. On June 24-28, the camp will hold a “beta” camp with 12 girls to build on the success of the first test.

So what exactly happens at App Camp? Well, it’s “equal parts geeky and fun. It’s summer camp, after all!” Girls are split into project teams led by female iOS developers, with help from other women who are designers, testers, support specialists and others. The weeklong sessions move from brainstorming ideas for apps, learning about Xcode, learning how to customize apps, and ending with a finished app that can be tested out on an iOS device.

Each girl will be provided with an iPod touch, which will be used to see their finished product and test it out. Girls will also learn about the business side of app development, with a chance to pitch apps to a panel of women investors where they will receive feedback.

The funds will be used to expand App Camp nationwide, as well as to purchase camp essentials, like iPod touches, MacBooks, classroom equipment, scholarships, printing and t-shirts, snacks and lunches, among other supplies.

Go to Indiegogo to learn more about App Camp for Girls. While it’s still getting its feet on the ground, this seems like a great way to get more girls and women excited about app development, and tech in general.

Frankly, you’re dead to me if you don’t go and support the cause. Go. Now.