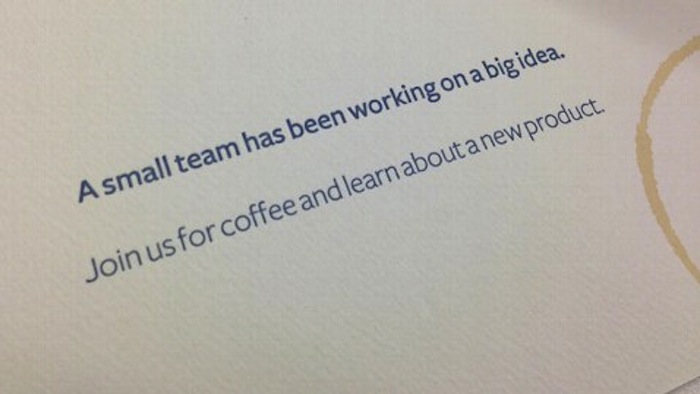 Facebook has announced that it will be holding an event on June 20th. The event will take place at the company’s headquarters in Menlo Park, California where the company will be, according to ABC News‘ Joanna Stern, “releasing a new product.” However, Facebook’s invitation only says that “A small team has been working on a big idea.” Oh yeah, and this invitation arrived by way of snail mail, not email.

As of now, most technology writers including myself are completely clueless as to what Facebook will be introducing next week. This is due to the fact that there are no real Facebook rumors swirling around the web as of now. Earlier this year, Facebook killed the major rumor of releasing its own smartphone by partnering with HTC to make the HTC First, the official Facebook Home device. Facebook Home is Facebook’s new Android skin.

2013 has been a big year for Facebook. Only a bit over six months into the year, the company has already introduced an Android skin, a mostly unsuccessful Android phone, a revamped Timeline, and a new search tool dubbed Graph Search. Just this week Facebook started to support hashtags on status updates.