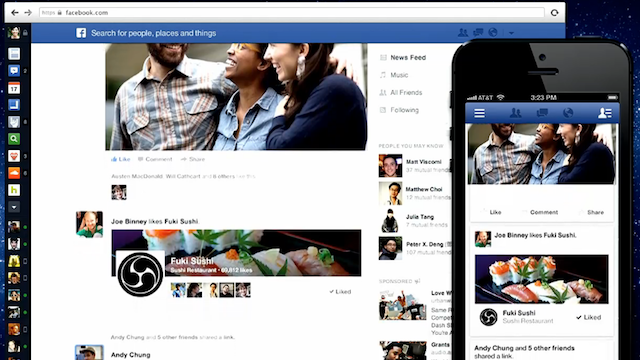 With Facebook’s new clutter free news feed, one of the features the site decided to remove was Ticker, the constantly updating mini news feed that has sat at the top right of users’ screens since it originally launched back in 2011.

The Ticker provided a much faster updating news feed that would instantly pop up new stories as they happened. Granular events such as comments would also popnup in the Ticker as soon as they were posted. This got it the nickname among some as the “creeper feed”. Watching the creeper feed when I was bored was a common occurrence, because although you would read a lot of useless and boring information, you’d also occasionally catch a friend posting a regrettable comment on another’s picture before they would decide to delete it seconds later. Being able to read ridiculous drunk posts by friends that were only up for six seconds was something made possible only by the Ticker.

Now the Ticker has been replaced by the “all friends feed”. The all friends feed offers a full screen feed of news from everyone on your friends list; however, it won’t feature minor stories such as certain likes and comments.

The update will still be rolling out to all users over the next few weeks, so if you haven’t got it yet, be sure to creep your friends while you still can.