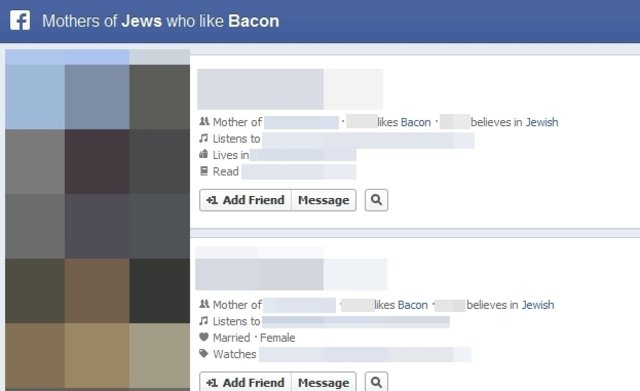 When Facebook Graph Search was announced the other week, I began to think of all the possible ways it could be used. What didn’t come to my mind, however, was its capacity to publicly and hilariously expose other users.

Actual Facebook Graph Searches is a tumblr that compiles funny, ironic and hard to believe graph searches done using the new Graph Search engine. Examples include a list of married people who love prostitutes and mothers of Catholics from Italy that like Durex condoms.

While at first I thought that the Graph Search feature would be something I rarely use, now I feel compelled to find the most ironic and ridiculous searches possible. You can send in your own searches and have them featured on the blog by going here.