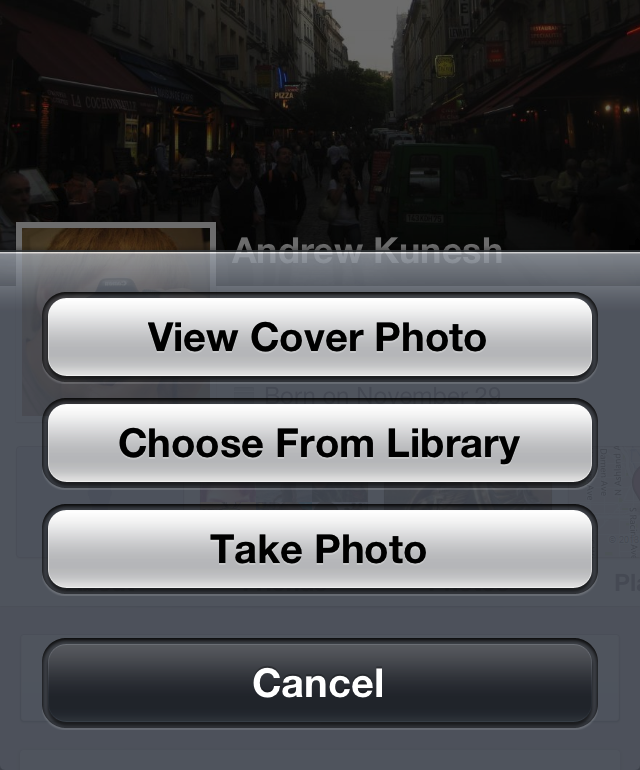 The official Facebook iOS app has finally been updated to support the changing of cover photos. This update brings the Facebook app to version 5.6. Users who would like to change their Timeline cover photos via the mobile app can either choose an existing photo from their Camera Roll or take a new photo using their iPhone’s camera.

The update also brings new features to the messaging section of the standard Facebook app. With the new app, you can now easily start and rename group messages with just a few taps. These features were added to the Facebook Messenger app for iPhone earlier this month.